Castle Builder II has been released by Rabcat and it is now available at all Microgaming casinos, being an exclusive release for their platform
6.7Total score
Bonus rounds6.5
Graphics6
Soundtrack7.5

Castle Builder II has been released by Rabcat and it is now available at all Microgaming casinos, being an exclusive release for their platform. It’s following on the footsteps of one of the most popular titles from recent years and it builds on it, adding even more content, features and improved graphics. Castle Builder II has been designed as a game with 5 reels and with 15 active lines. It’s offering the same castle building process that makes it feel like you’re in a bonus game all the time, it allows you to win challenges and get achievements, and it also has wild symbols as the only average features that this game will offer. The top prize that the regular combinations will offer gets up to $10,000. 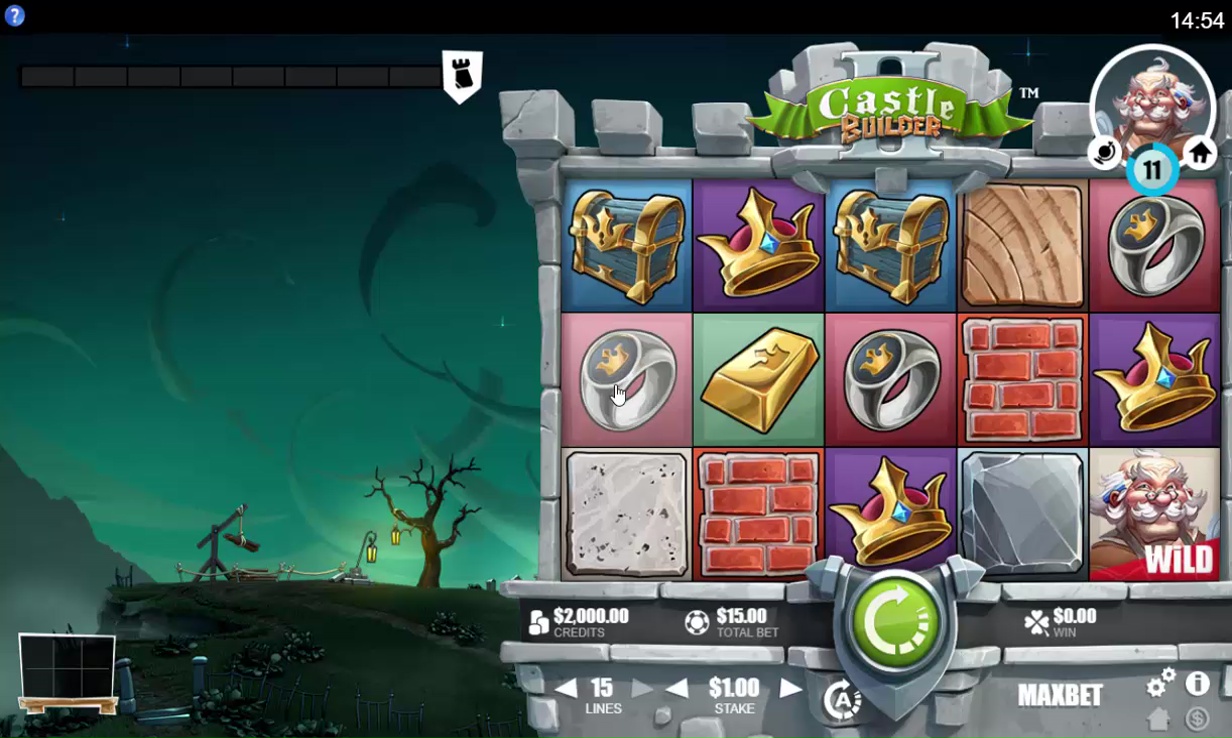 The betting side of Castle Builder II is probably the most common thing about it. You can set both the number of lines and the amount that will be used for each one. The stake per line is between $0.01 and $2. The number of lines is normally at 15, but there is the option to reduce it to just 1 if you feel it’s necessary. In the end, the betting range is between $0.01 and $30.

The theme of choice in the Castle Builder slot machines is a sort of story, about a master builder that’s being commissioned to create castles for princesses that are about to get married. Just like before, there is the castle shown next to the set of 5 reels, and you get to build it yourself, by simply playing the slot machine. There is a very interesting RPG like story here, where you advance from one kingdom to another. There are 15 kingdoms in total and in them you will find 75 castles that can be built. There are also more than 300 characters that you can interact with along the way. As you can see for yourself, it was a huge effort made by Rabcat to turn this into a successful new release, and it shows. The design quality is one of the best that I have seen in this industry, and once again they left nothing to chance. There are no symbols that don’t belong, no fruits or poker cards, so all the ones that form combinations have a purpose. The images you have as symbols are the ones with the builder avatar that you chose, plus the four materials, a ring, a gold bar, a crown and a treasure chest.

When you start the game, there are two avatars available, with a third one that can be unlocked later, after you’ve completed one game cycle with one of the others. Each one has a different extra ability to offer, or a different skill level at building castles. The materials of choice, the symbols which you need to collect to build the castles, are wood, bricks, granite and iron ore. You add one block to the building each time that you form a combination. Once you have a couple of wins of the same type, you will notice how the castle starts getting additional details, as it is being built. The building materials have different values and the ultimate reward that you get from each castle will depend on the kind of materials that have went into it. The iron ore has the highest value, followed by granite, bricks and wood, in this order. When the castle is done, you have to choose one of the admirers to marry the princess/prince. The size and value of the castle determines what kind of admirers come. As for the regular features that Castle Builder offers, they’re the simple Wilds, symbols that you can use to form any combination that you want. You can mix wilds with other regular symbols or you can have just these symbols together on a line. You will get paid up to $10,000 if they form a combo, but they can be substitutes for all other symbols as well, so they can help in more way than one. 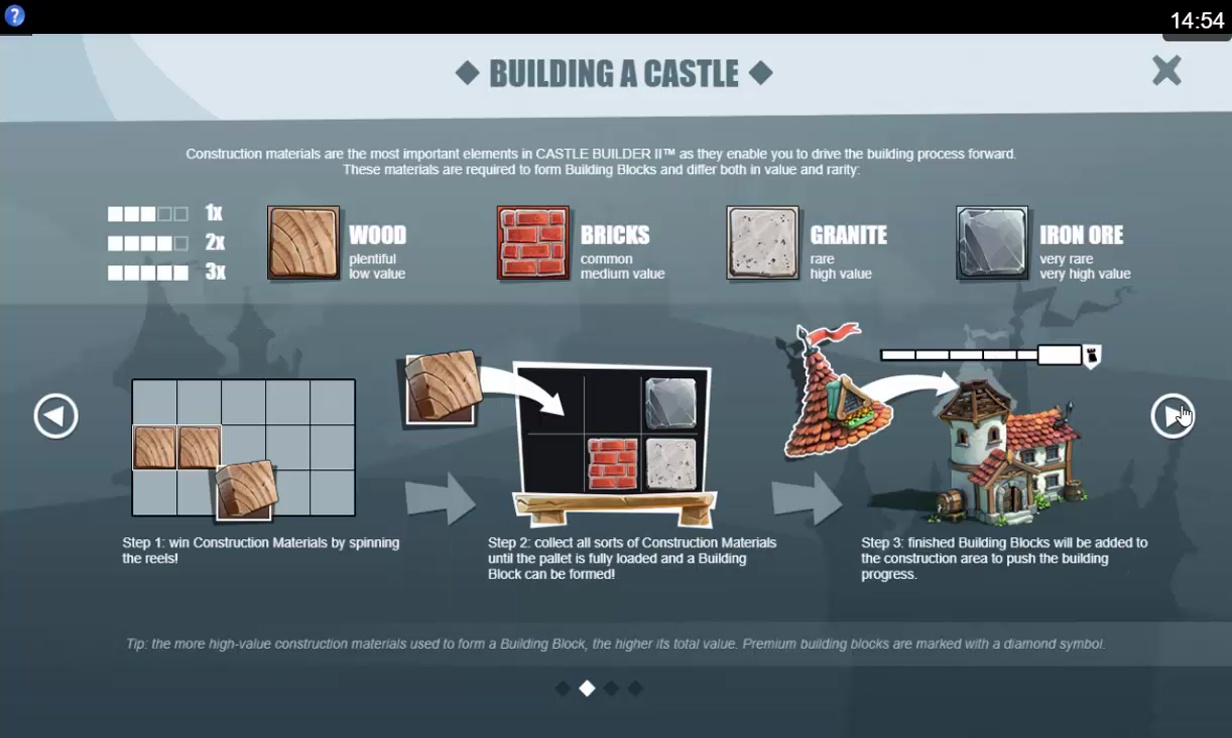 Besides the payouts that you can expect to get if you play Castle Builder 2 and you manage to complete high value castles, there is also the matter of the regular combinations that the game forms and which will pay you along the way. The most you can get from a single combo is $10,000, which is with a $2 line bet and with either five wild symbols or with five Crowns on the same line. The RTP for this game is between 95.50% and 97.75%, an excellent range that makes this a slot machine that’s worth playing.

Castle Builder II is one of the best slot machines that I’ve seen released lately, and for every single reason, from its high average RTP, to its graphics, theme and its unique RPG like approach. 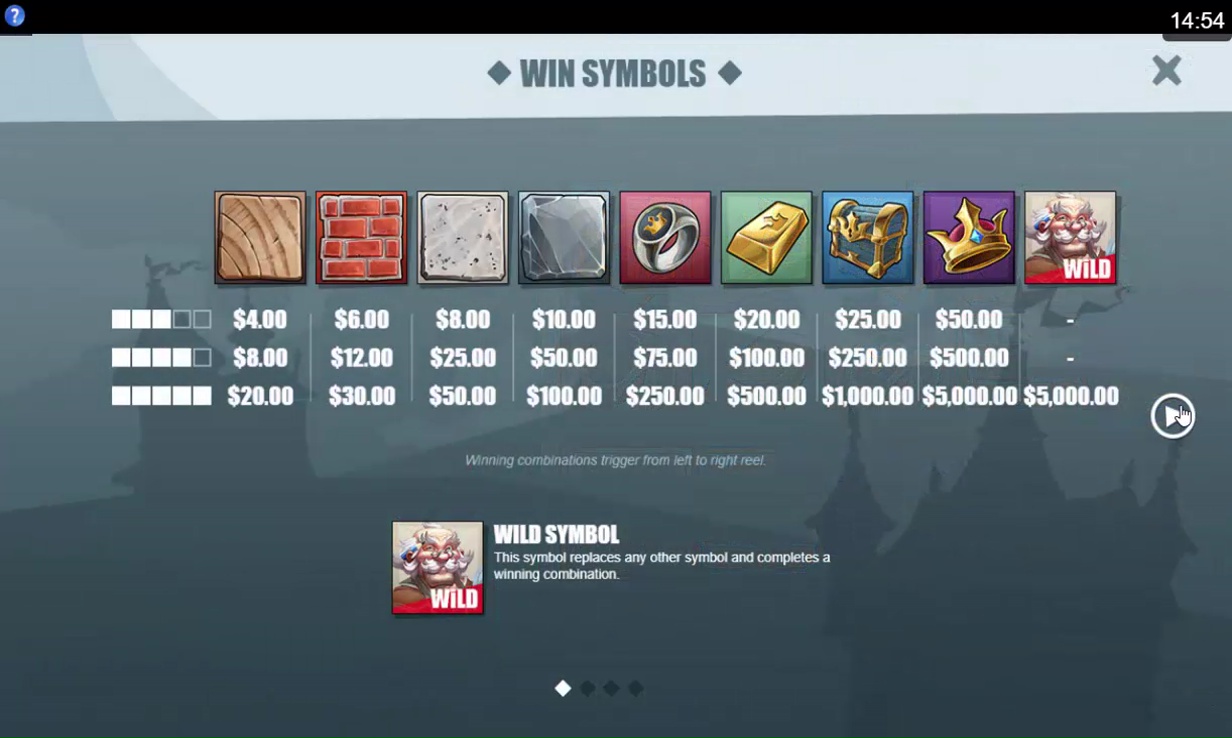