Secret Santa is a game dedicated to the traditional side of the winter holidays, to Christmas and to the jolly fat man with the white beard that brings children their presents
Play Secret Santa
8.3Total score
Bonus rounds9.5
Graphics6
Soundtrack9.5

Secret Santa is a game dedicated to the traditional side of the winter holidays, to Christmas and to the jolly fat man with the white beard that brings children their presents. Microgaming is behind this particular slot machine, which mixes the traditional design with the modern features, as you will find in this review. From Secret Santa, you will get 5x4 reels and the usual 1024 ways to win that are available on such a setup. There are no less than seven possible random features that you can get, along with the usual wild symbols and scatters. As for the big prize, Secret Santa pays up to $10,000. 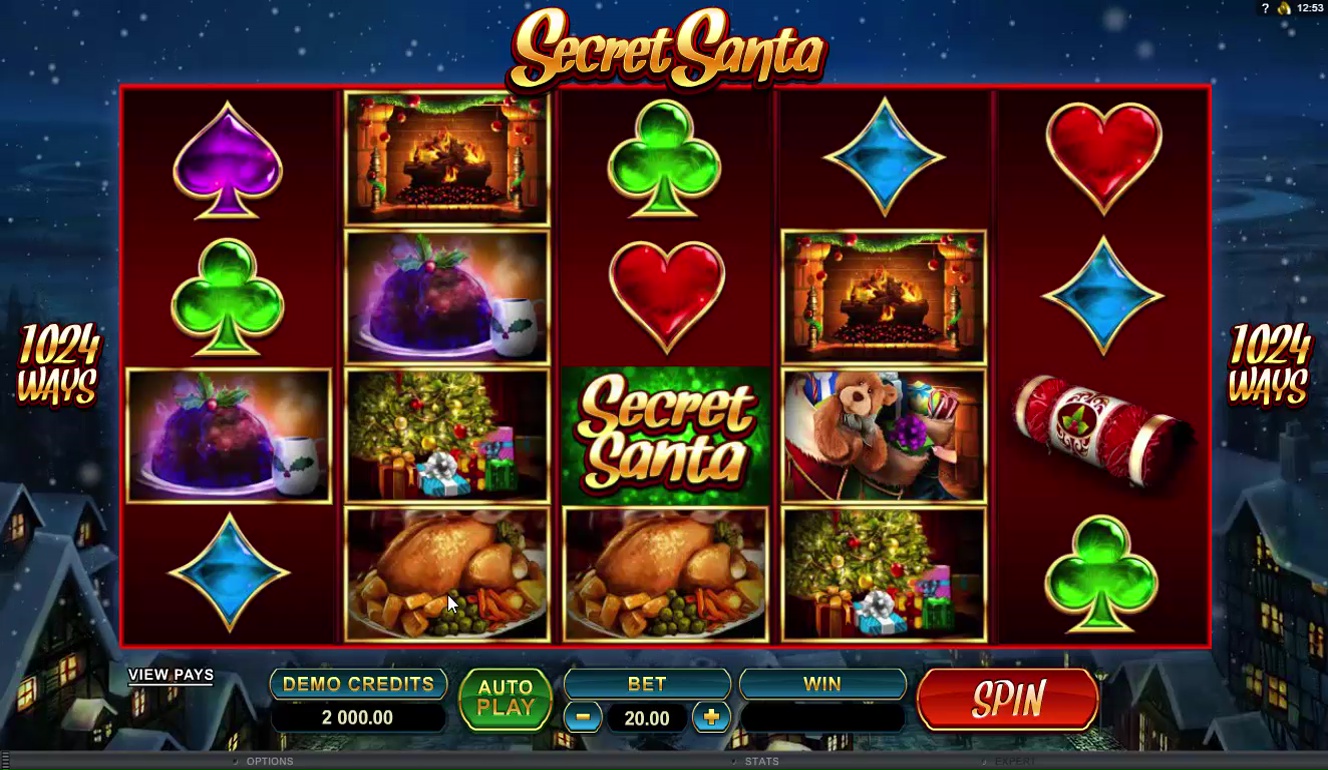 1024 ways don’t actually require a similar number of coins to become active. The game actually has only 50 active lines where bets are involved, and they’re going to be used when 50 to 500 coins are selected. Those coins have the values that you give them, as long as it is within a range of $0.01 to $0.20. The result is a betting range that starts from $0.50 and can reach a maximum value of $100 if you want to spend that much.

The theme is a very common one, and you can count on at least a couple of new slot machines to be launched each year based on it, usually in December. Inspired by Santa Clause and by the Christmas holidays, it has all the right elements in its design, to make itself a good choice for players that want to feel good during those couple of weeks each year. It starts with the image of a small town during winter time, at night, with houses covered by snow and with the snowflakes coming down from the sky. It’s a beautiful image, and one that is complemented by the dark red reels, with symbols that are mostly Christmas related. The better symbols have images of logos, of Santa, the Christmas tree, a fireplace, big socks with gifts in them, stuffed turkeys and other meals. There are four less interesting symbols as well, those that give you the image of the card suits, but the game works even with them present. It’s going to offer a traditional view of Christmas and its main character, and I think that it’s a plus for it, since that is what most people want from a holiday themed slot machine.

Besides the more regular features, the game also delivers some unusual ones, like the 5 of a Kind Again, or the random bonuses that can be triggered. Out of the regular features, the wild symbol is an obvious example, since it’s present in so many other slot machines in the same form. You get this symbol, which has the game logo as its image, in three to five positions on a line, and that can get you paid immediately. The alternative is that you land it together with regular symbols, so that it can help them do the same thing. It doesn’t substitute for the scatter, which is how it works in most games. Speaking of that scatter, it’s going to be a way for you to get a reward, since it offers up to $10,000 cash, or 100 times the wager. The advantage is that its symbols don’t have to land in positions on the same line, they can appear anywhere on the five reels. One of the unusual features is the one they call 5 of a Kind Again. Whenever you get a combination which has five matching symbols in it, you will first get paid like in every other game, but after that you will find that the symbols will transform into another icon and will pay you again. You will basically get paid twice, whenever you land at least one combo of five symbols. This is only true of the regular symbols. The Secret Santa Bonus triggers at random and gives the player one of 7 Mystery Features. There are some interesting ones on that list, as you will soon discover. One feature is called Wild Reels, since it can turn up to three columns into wild variants. Wild Boost turns one random symbol into a wild. Free Spins gives you 5 rounds for free, with the multiplier at 3x. Another one is the Mystery Multiplier, which just gives you 10x or 5x the usual prizes for the round where it triggers. Dashing Wilds will land four wild symbols on the reels, at random. Scatter Spree turns the game from lines to ways to win for that one round. Finally, Rolling Reels brings new symbols to replace winning ones, and has multipliers of up to 12x applied to consecutive wins. 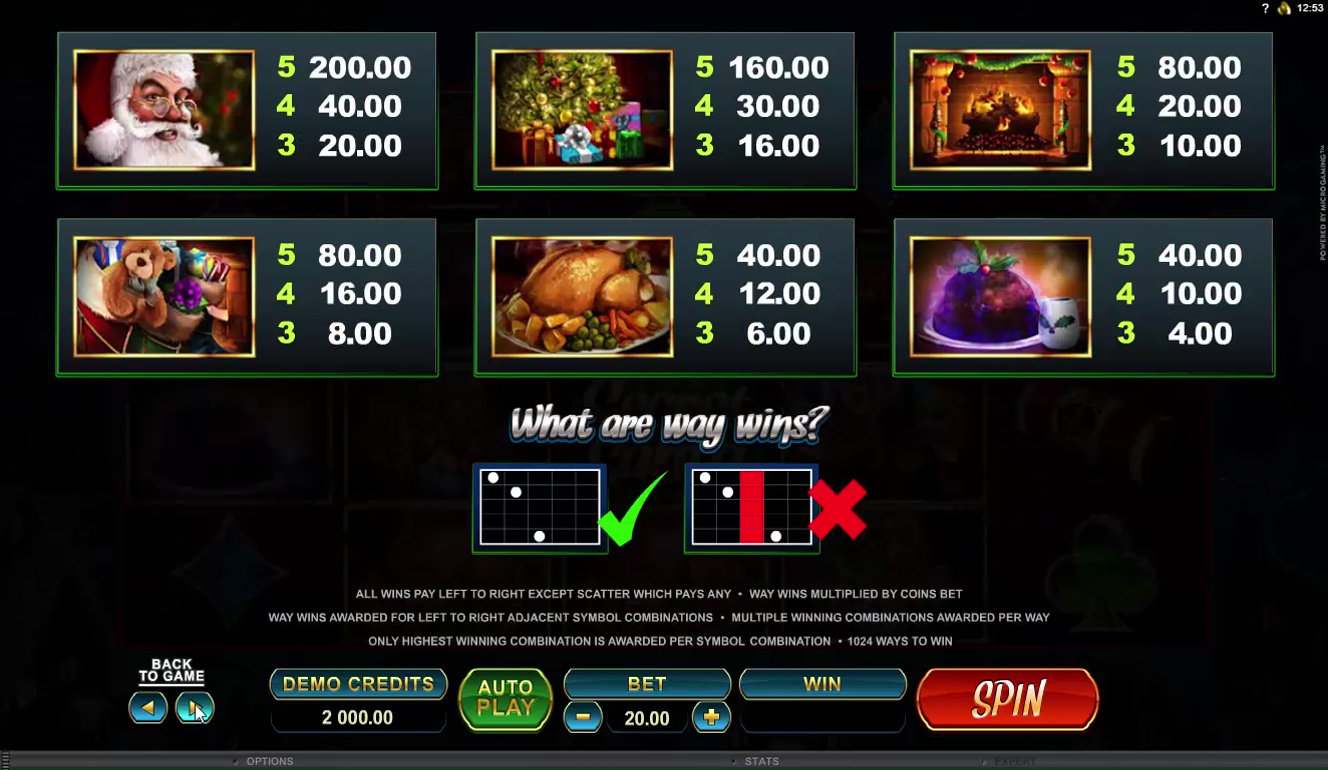 The prizes are not huge, not on their own at least, and normally the most you can expect is $10,000 if you land five scatter symbols. Regular combinations get up to $1,600 in the base game. There are multiple ways to get more money though, especially through certain multipliers that can trigger through the Mystery Features. The game’s major features trigger at random, so they’re not as exciting as they could be since we don’t know how often they will come. Still, the RTP is at 96%, so it’s in line with the rest of the collection offered by Microgaming.

Secret Santa is a great game to play if you’re near the Christmas period, thanks to the graphics, features and average RTP that were implemented in it. 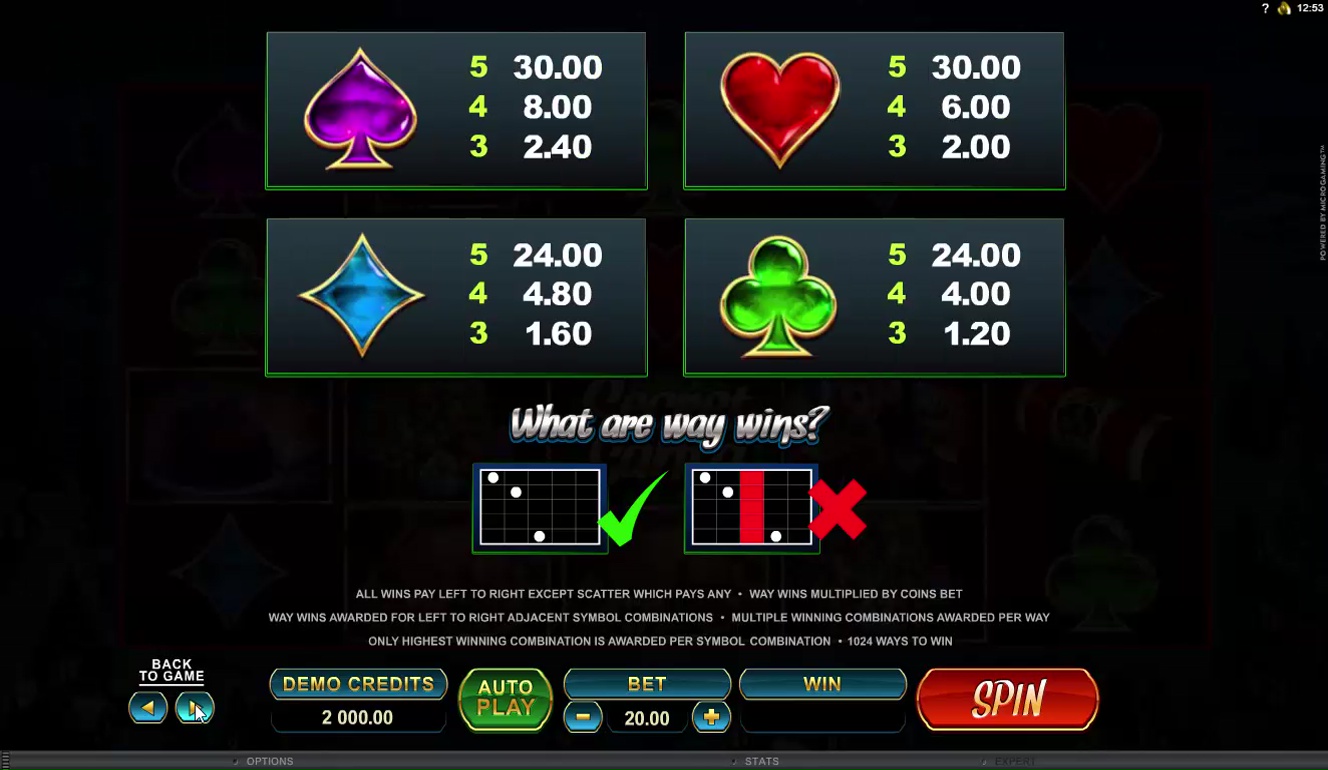