Playboy’s theme should be obvious to anyone, since the famous magazine for men is not a name that someone wouldn’t know. Microgaming obtained the rights to create a slot machine based on the Playboy brand back in 2013 and they launched their title soon after. Playboy, as a slot machine, comes with 5x3 reels and with a modern system that rewards the player when he has matching symbols on consecutive reels. You guessed it, it uses 243 ways to win, rather than paylines. The slot also gives you wild symbols with the capability of doubling payouts, along with scatters and a feature called Playboy Club, which has multiple types of free spins that it can trigger for you. A top prize of $7,500 is shown on the paytable, as a worthy goal to have while you’re playing this slot. 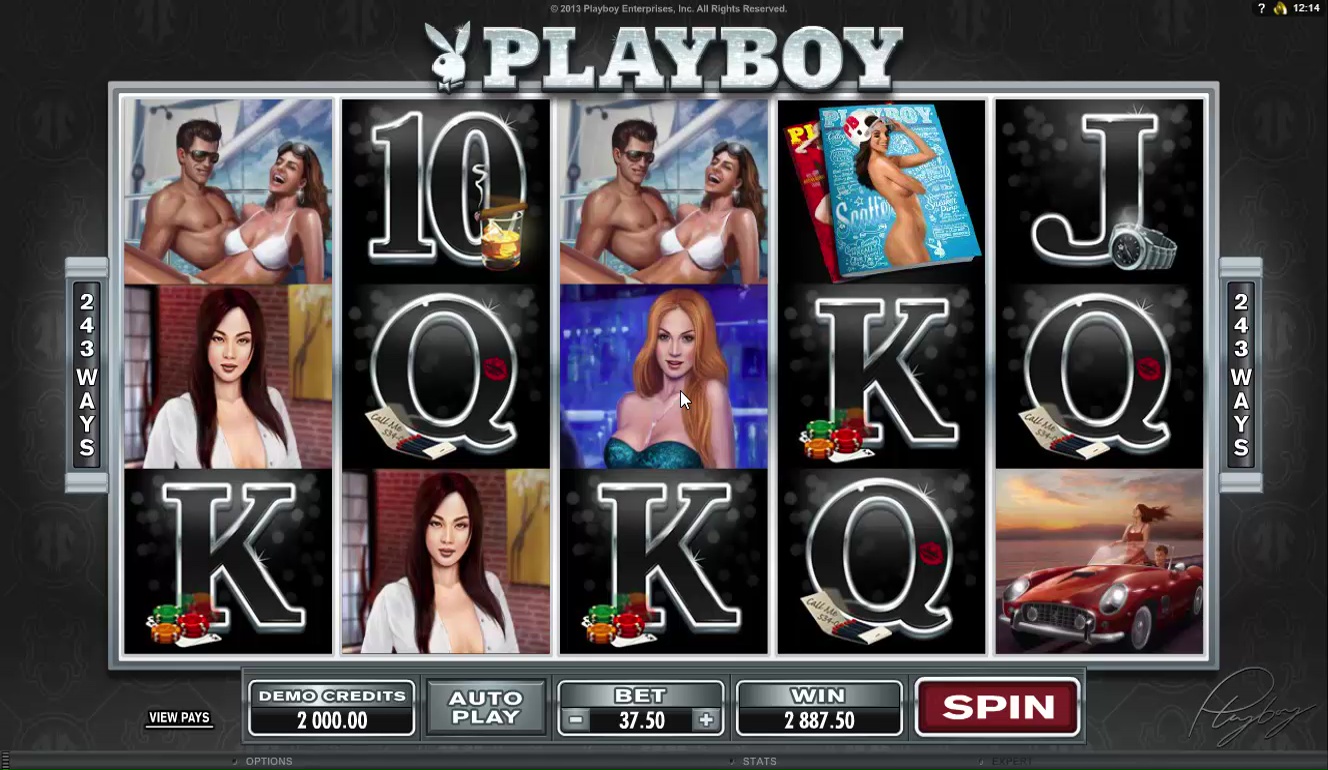 When it comes to the bets that you have to place in Playboy, you need to keep in mind the ways to win that the slot employs, and which need to be activated at the same time. The slot’s developers preferred to use 30 active lines instead of asking you to use 243 coins for the ways to win. You have to use 1 to 5 coins per line, with the value going up to $0.25. You can spend up to $1.25 per line and up to $37.50 total in this game, while the minimum is as low as $0.30.

The Playboy brand is not a mystery to anyone, man or woman, even though the magazine is notorious for its focus on the tastes of the former category. They’ve been borrowing their name to the casino industry for a while now, and you will find that in addition to the slot machine there are also live dealer rooms where their bunnies act as dealers. To get back to this game though, it’s a slot machine which uses four bunnies in the main roles, as some of the high paying symbols and as patrons for the various types of free spins that the game can trigger. Ashley, Sofia, Jillian and Kimi are the names of the four beautiful women. For the other symbols that were used, you will find that there is the Playboy logo, the Playboy Magazines, a couple on a yacht, a sports car and a bike. The lower symbols are with black and white Royals. The graphics are definitely up to the task in this case, and they help make the Playboy slot machine a very good game. The drawing style makes sure that the ladies are attractive, and the rest of the symbols have a lot of details built into them as well.

A major symbol that you will encounter in Playboy is the wild, with the image of the Bunny logo on it. This wild symbol applied a multiplier whenever it is part of a new winning combination, and it will double the amount you get that way. You shouldn’t expect it to be a replacement for a scattered Magazine though. Speaking of that scatter symbol, it’s the one that is going to pay the most when you have it appear up to five times on the reels. Rewards can reach $7,500 then, which is 200 times what the maximum wager can be taken to. With 3 to 5 scattered Magazines in place, the game also gets you access to Playboy Club. This feature has four types of free spins, which will be unlocked in time, as you continue to trigger the feature. Kimi is the first one that you unlock, and she will give you 10 spins where multipliers of 5x are applied to all wins. Next, you get Sofia’s 15 free spins, which will have Running Wilds as its major feature, with stacks of wilds growing by one symbol each round you go through. Ashley will come next, once you’ve triggered the Playboy Club at least 10 times, and she will offer 20 free spins which have Rolling Reels and multipliers as high as 5x for their consecutive wins. Finally, starting with the 15th trigger of the feature, Jillian will deliver 25 free spins and a feature called Wild Night, where up to five reels can be turned into wilds. 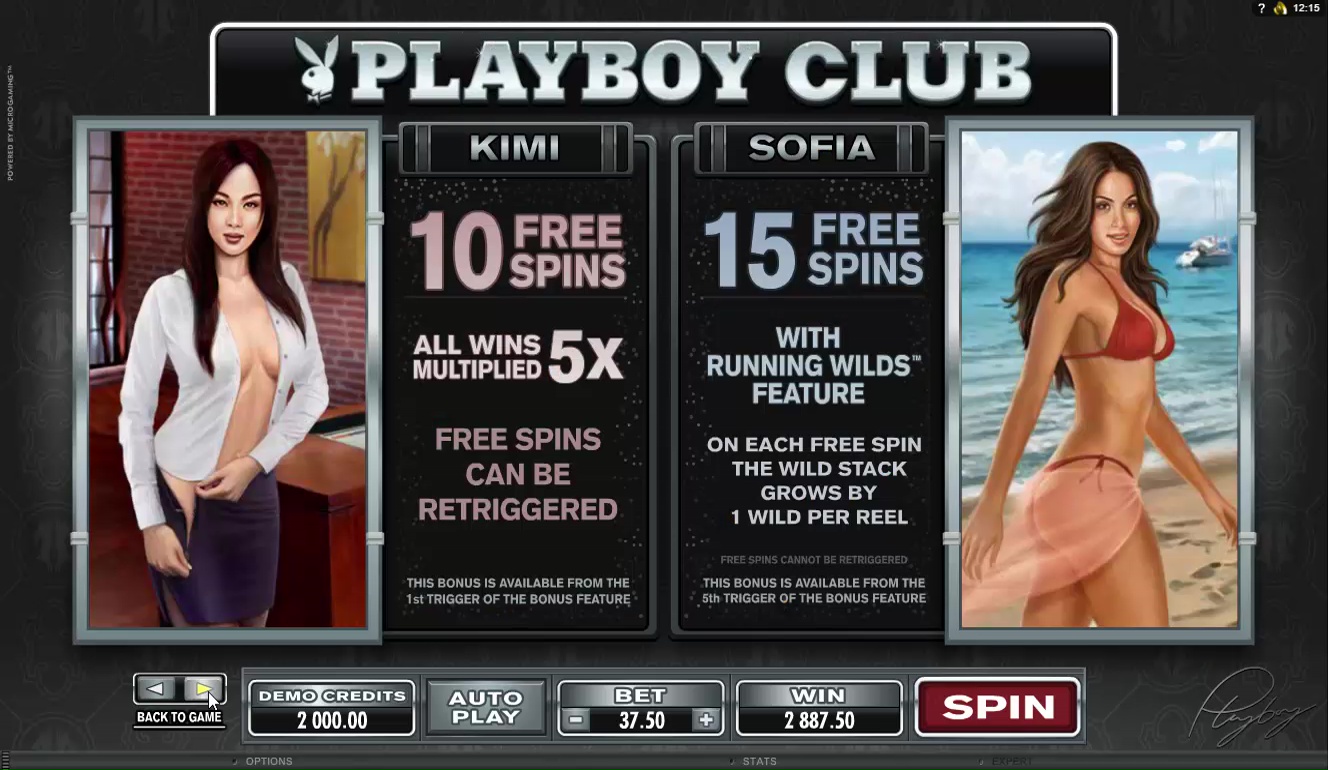 The regular combinations can reach $1,250 in the base game, or up to $6,250 during free spins. The scatter seems to pay better though, offering $7,500 if you get five of its symbols at any point. Despite the fact that it’s a branded title, Microgaming seems to have given its players plenty of chances to make a profit in this slot. Its RTP is at an average of 96.57%, which should be good enough for any player.

The Playboy brand has an advantage over many other potential themes that could be used in a slot machine, and I’m sure that it will be a game that you will enjoy. Its features and graphics will certainly do their best to make sure of that. 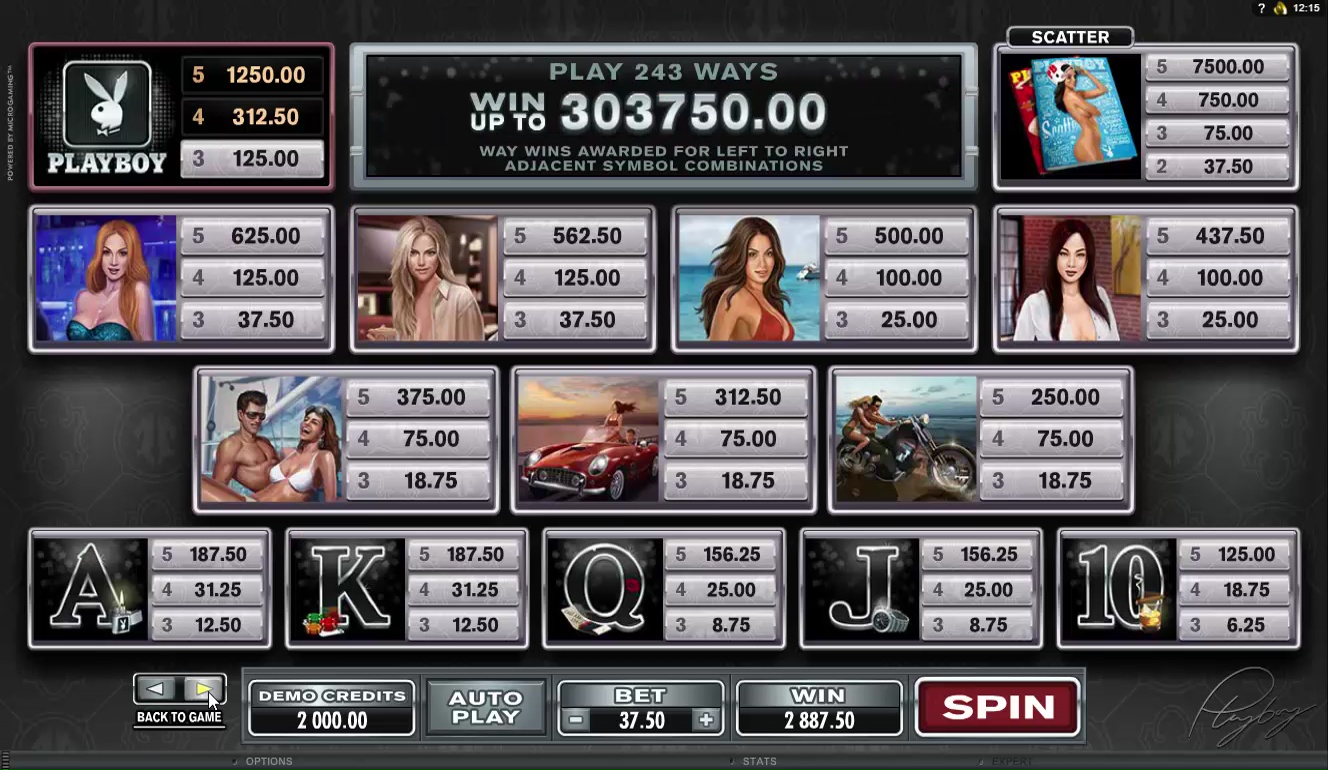