Booster’s offer is that of a game with a clear influence from the classics, though you’re going to see it in the design most of all, and not in the layout. You do get the idea that the stars are involved as well, but more on that below. This slot machine is offered by iSoftBet. As far as the layout goes, it’s a 5 reel title that sports 25 lines, which might be unexpected when you look at its symbols. We’re being promised a jackpot that can reach a value of $20,000, but there are also a couple of basic features to enjoy, meaning scatters and bonus games (resulting in cash prizes, free spins and multipliers). 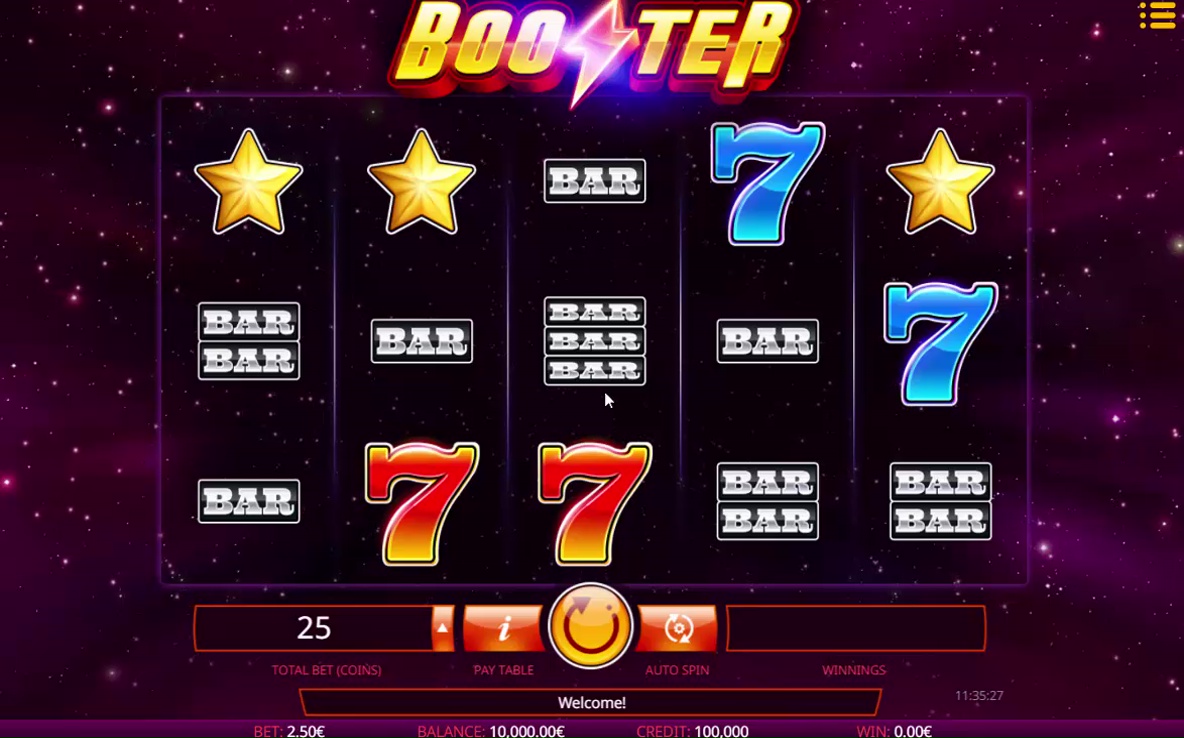 It’s a game that relies on fixed lines, 25 of them, and naturally you’re going to need enough coins in your bet to cover all of them. There are always 25 coins in the wager, but you do have the option to change the denomination. You’re getting seven possible values for those coins, ranging from $0.01 to $2. As for the range of the total bet, it will be between $0.25 and $50.

In Booster’s case, the slot machine might have a name that suggests a science fiction theme, but the truth is disappointing. You’re looking at a field of stars in the background, a beautiful image that I would’ve wanted continued on the reels. Instead, iSoftBet decided to use as symbols the common classic icons. They’ve been used in thousands of slot machines, both offline and online, and they’re present here as well. Besides the image of the Bonus Thunderbolt and the Diamond, the other symbols have images with the red or blue 7s, with gold stars and with three types of stacked Bar logos. As for the implementation of the theme, I found the design to be acceptable, and a lot of that has to do with that beautiful star filled background image. On the reels, you can see the quality in some of the symbols, but many of them are simple and not particularly interesting to look at. Overall, it’s not a game that I would enjoy, it’s way too simple in its design, though that might be something that others are looking for.

The only real feature that you can expect to use in Booster is a scatter symbol and the various features that can come from it. Sporting the image of a fire colored thunderbolt, along with a Bonus logo, it’s going to be fairly easy to spot when it makes an appearance. To get any use out of it, you’re going to need it on at least three positions on the reels. The good news is that it doesn’t matter which positions are occupied by those symbols, only that you have enough of them. If you get three or more Bonus symbols somewhere in view, then you can expect to get the real treats. A bonus game will be triggered at that point, giving you a chance to win as many as 100 free spins, with or without multipliers as high as 5x. There are also prizes involved which can reach a value of 6,000 coins. During the free spins, should scatters appear on the reels, they will bring you rewards of 2x, 15x or 30x the wager, if you have 3, 4 or 5 symbols present. You are not allowed to retrigger the bonus feature while you’re in free spins mode, but you do get those cash prizes to compensate. Obviously, though the scatters can get you free spins and multipliers, it’s not a guarantee, and there are no other major features offered. I’d call this one average at best feature wise, thanks to the lack of wild symbols. 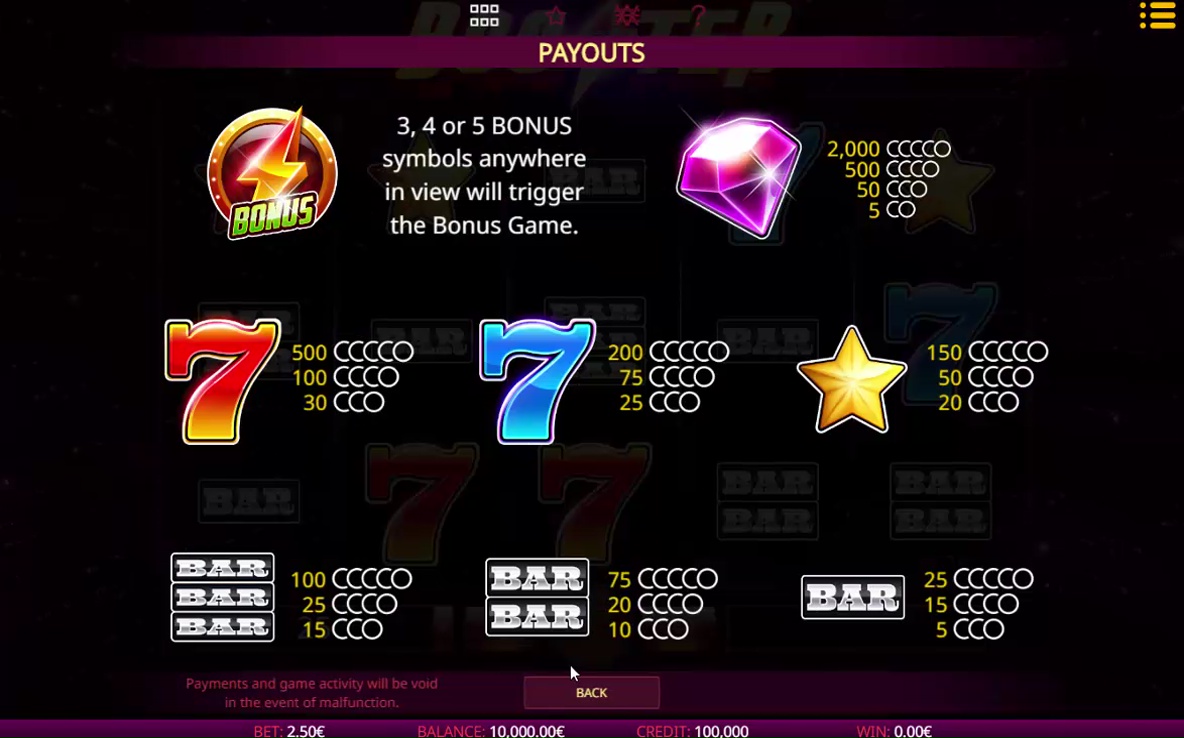 If we talk just about the base game, you can look forward to payouts that get to $4,000 (2,000 coins at maximum denomination). The free spins can be triggered with multipliers of up to 5x though, so at that point you can win as much as $20,000. Booster might not have huge payouts or a lot of features, but it also has a more limited number of symbols than other slot machines, just seven regular ones and one scatter. Compare this with slot machines that have as many as 15 symbols, and you will see how combinations should form easier here.

Booster is not an exciting game, but for the players that are into simpler themes and action, it should prove to be a fun title.