White Orchid isn’t just a flower themed game, it’s also going to take its players on a trip to a tropical island, the kind of place where people dream about going to relax after a hard year. Coming from IGT, it doesn’t have the great design that you might want from such a theme, but it has its good sides. White Orchid is a game with 5 reels, with 4 symbols used in each case and with a cool system in place that gives you 1024 ways to win each round, as well as 40 pay lines. The rewards depend on the way the combinations are formed, the win lines paying as much as 5,000 coins. The slot also has wild symbols to offer, along with scatters that will trigger free spins. 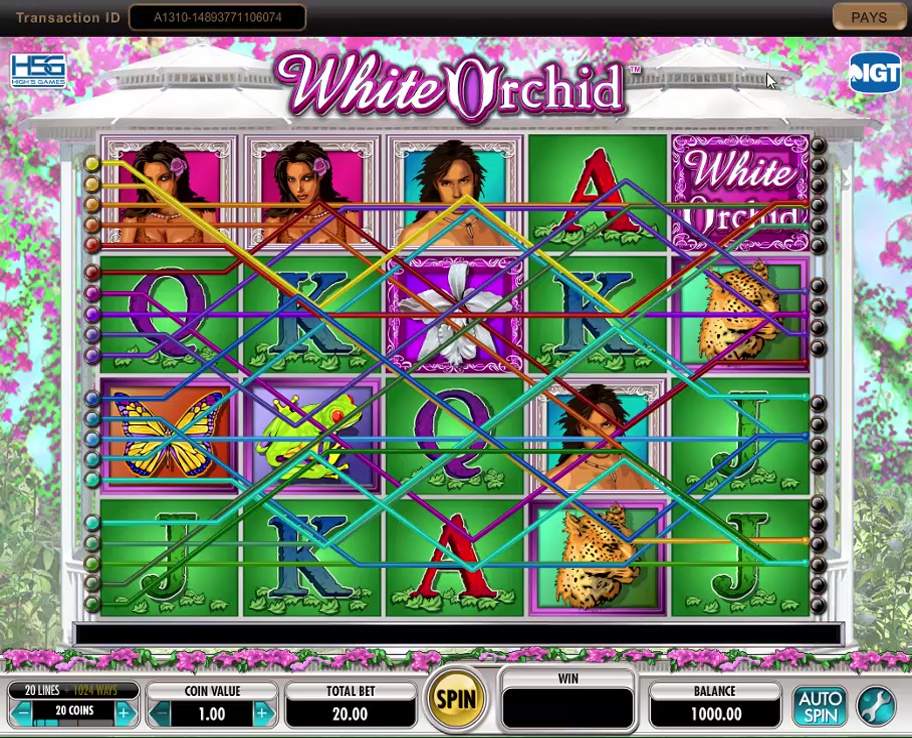 The bets you place in White Orchid will vary wildly in value. The absolute minimum bet allows you to wager on just 1 line, with 1 coin. The next options see you jump to wagers of 10, 20 or 40 coins, with just as many active lines resulting from each one. To activate the ways to win as well, you need to double your wager, to 80 coins. As for the coin value, it seems to start at the $1 mark and you can take it very high from there, depending on what you can afford.

There is no getting away from the impression that the game’s action takes place on a tropical island. In the main two roles you have two native people of the islands, both of them wearing little (the guy has no shirt for example, the woman wears a simple dress and wears an orchid around her ear). The other symbols presented have the same connection to nature, showing things like frogs, leopards or butterflies. The white orchid is present as well, in a feature symbol, along with the logo of the slot. If you check out the background, you will notice a beautiful picture, of a garden filled with pink flowers and other plants. The design quality is average only unfortunately, something that you can’t escape if you’re playing at an IGT casino. The game is playable, but the graphics don’t have much to add to the list of pros.

One of the major aspects of the game is the way it uses its tall reels to host both pay lines and ways to win. On the pay line side of things, you have 40 lines in place, on which you can form combinations by landing symbols in positions which are fixed. With the ways to win, you form winning combinations by having matching symbols on the right reels, but the positions are no longer important. The pay lines are obligatory to use, and in order to activate the ways to win you first need to have all 40 lines in play. It’s important to note here that it might be easier to form combinations through ways to win, but those wins will take into account a different paytable, with rewards at just 10% of what you get through the same symbols if they are arranged on fixed lines. If you cover both, you get the best of both worlds potentially. You get wins often, so you don’t get bored, and you get a chance to land some big payouts as well. If a pink symbol with the game logo on it lands on the reels, you can use it as a substitute, no matter how you’re forming your combinations. You can have the wild replace one of the regular symbols, and it can only appear on the last four columns. A major symbol in the case of White Orchid would be the one which actually has this image on it. It also comes with a pink background, and it’s a scatter that you need to land on a certain reel. It’s the 3rd reel that needs this symbol, in at least two out of the four positions. If that happens, you win 10 to 20 free spins. Get those symbols again, on the same reel, and the free spins are retriggered. 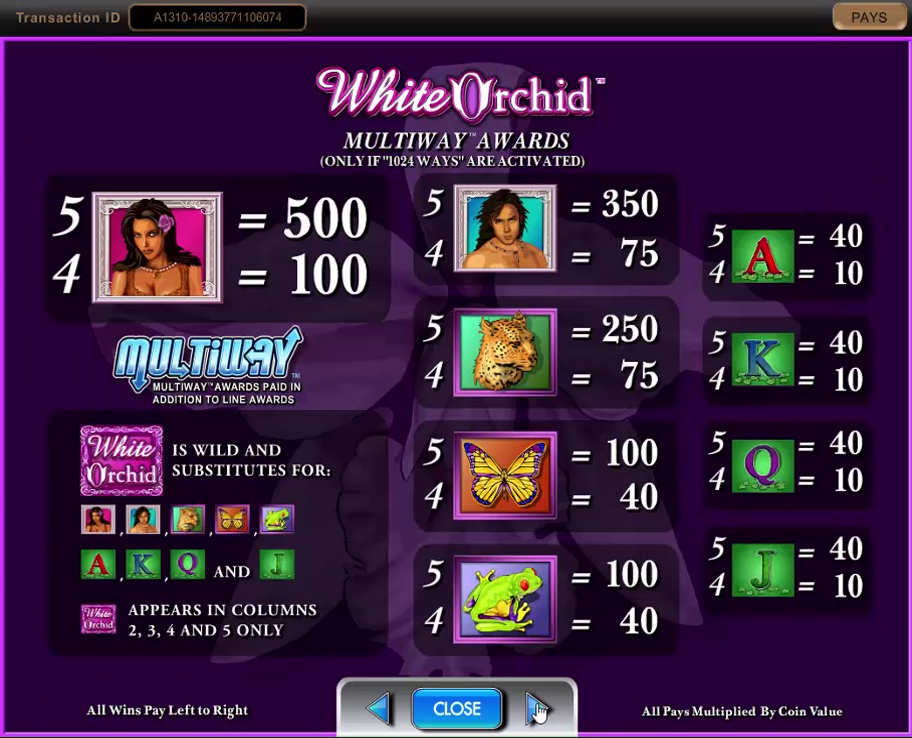 The reward that you walk away with will depend on the game mode that you’re in. From the pay lines, a combination with five Native Girls will bring you a reward of 5,000 coins. With ways to win, you get only 500 coins. White Orchid has its average Return to Player at about 94%, which is too low for a modern slot machine, at least for one that players would want to use.

The game might have its good sides, and an attractive gameplay style, but its average RTP and its graphics make it a title that I wouldn’t recommend. 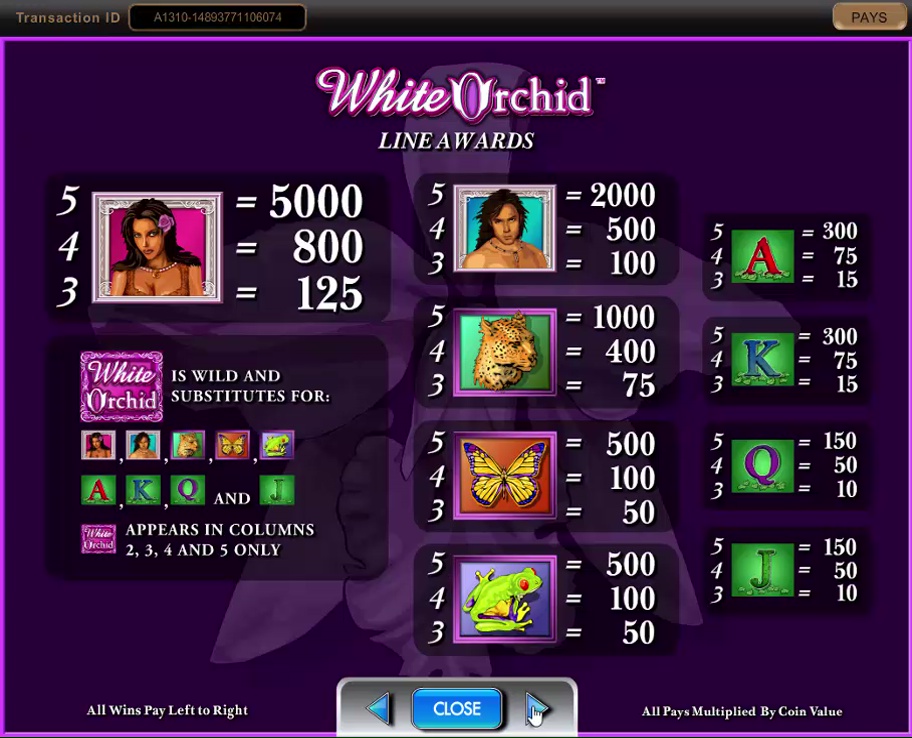