Lust & Fortune has a unique theme to offer, as a slot machine where the action appears to revolve around half-naked Asian women. The idea of lust is very obvious here, as is the overall Asian surrounding. The rest of the design selected here has the same influence, which appears to come from China mostly. Though it offers only 5x3 reels, which are the norm these days, it manages to place a total of 50 fixed win lines on them, so you’re going to have plenty of opportunities to land a prize. Speaking of a prize, the biggest one will get to a value of $5,000. Among the game’s features, you will discover the scatter, the wild, re-spins, bonus games and free spins with locked wilds. 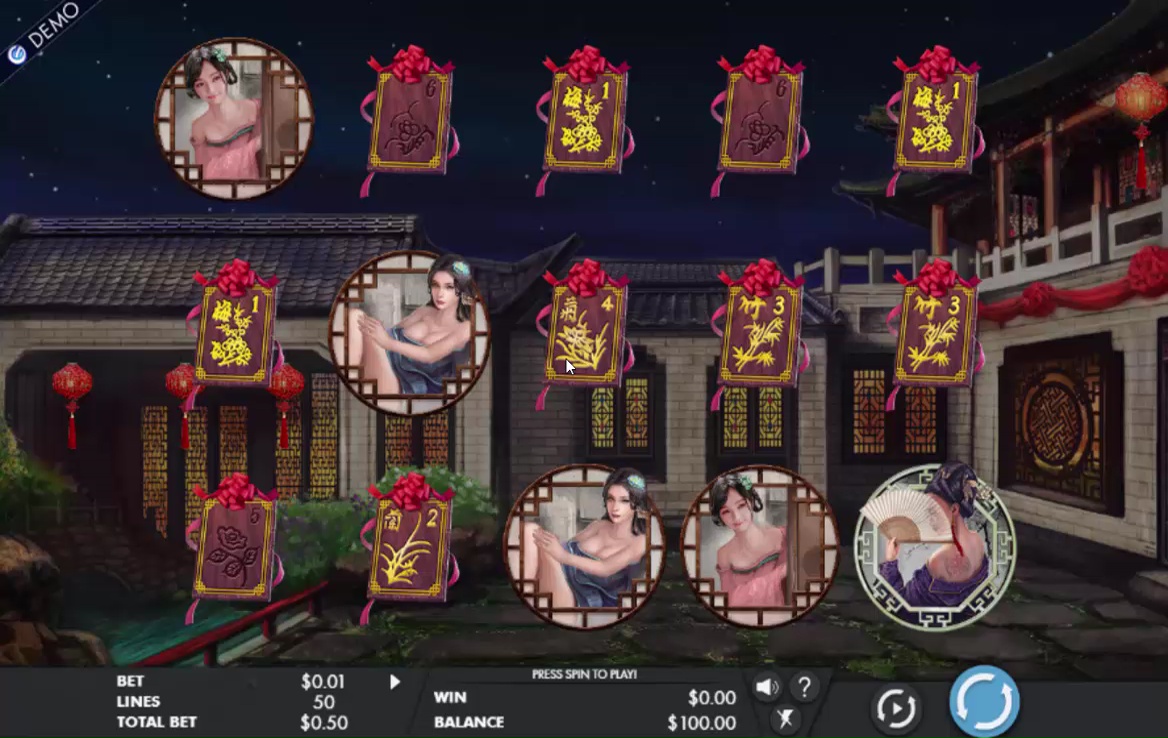 For the wagers that you can use in Lust & Fortune, you mostly have the line bet to work with. You can start from a minimum amount of $0.01, and you can increase it all the way up to $2. The number of lines remains the same at all times, being fixed at 50. The result is that you can work with wagers in the range of $0.50 to $100.

Lust & Fortune is definitely inspired by lust, but the fortune connection is a lot less clear. You will notice a total of five symbols on the reels that have images of beautifully drawn Asian women. The rest of the images that are displayed will show treasure chests and various wooden cards with Chinese writing on them, with numbers ranging from 1 to 6 and with flowers. When it comes to the quality of the graphics in this game, I have to say that I’m impressed with the results. Genesis Gaming managed to create a beautiful game here, and they especially did a great job at drawing the women that appear in the more important symbols. They look delicate and attractive at the same time. They didn’t spend as much time on the low paying symbols unfortunately, but you still enjoy those wooden cards more than you would the typical poker card that is included in most slots these days.

I’ve certainly enjoyed the graphics of Lust & Fortune, but that’s not the only strength of this slot machine. The features are important as well, and they’re fairly varied, managing to improve the profitability of this slot machine quite a bit. First of all, you can expect to get a wild symbol inside, and the image representing it is the one with the woman that’s hiding her face with a beautiful hand fan. A wild feature is quite predictable in what it can do for players, since it allows you to form more combinations by having it replace a missing symbol. It can be combined with regular icons only, so not with scatters. If you have wilds forming combinations just with other wilds, then you can get the slot’s biggest regular payout, which reaches $1,500. There is also the image of the Treasure Chest to watch out for. This being the slot’s scatter feature, it can appear anywhere on the five reels, and will get you a reward whenever you have at least three visible. The rewards from the scatter are the biggest ones offered by this slot, reaching 50x the wager. When there are between two and four scatter symbols on the reels, a Re-Spin feature will trigger. The reels with scatters on them are held, while the others re-spin, in the hopes that you will get additional ones. If you have at least three scatter symbols present after the Re-Spin, then you will get the Locked Wild Free Spins to start up. 3, 4 or 5 symbols with the Treasure Chest will bring you 7, 10 or 15 spins for free. Lady symbols that appear on the last four reels will be transformed into locked wilds that remain there until the feature is over. If you have four locked wilds on the four reels that can get them, then you get 2 additional free spins and then those wilds are unlocked. You can lock back others though. You can’t retrigger the free spins in any other way. Another major feature of Lust & Fortune is the bonus game that is called A Round On The House. It requires that you get the symbol with the Flagon on reel 1, while on any of the other four reels you get at least one Wine symbol. Each of those Wine icons will give you a reward between 1x and 10x the wager. 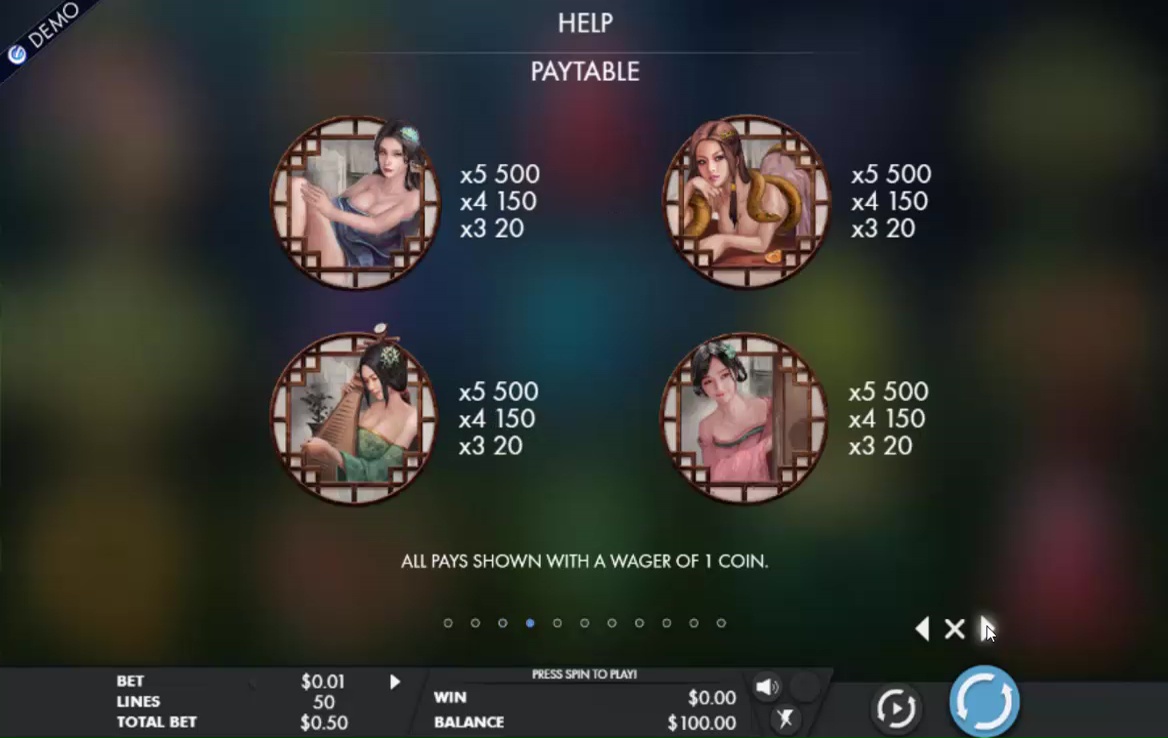 The game has a top payout of $5,000, which is offered through scatter symbols, when they appear five times on the reels. Regular combinations pay at most $1,500. With an announced average RTP of 97.33%, Lust & Fortune is a very attractive choice for any player.

Lust & Fortune is a game that I wouldn’t hesitate to recommend. It wins big points in all areas, starting with its theme and graphics, its features and even its long term payout potential. 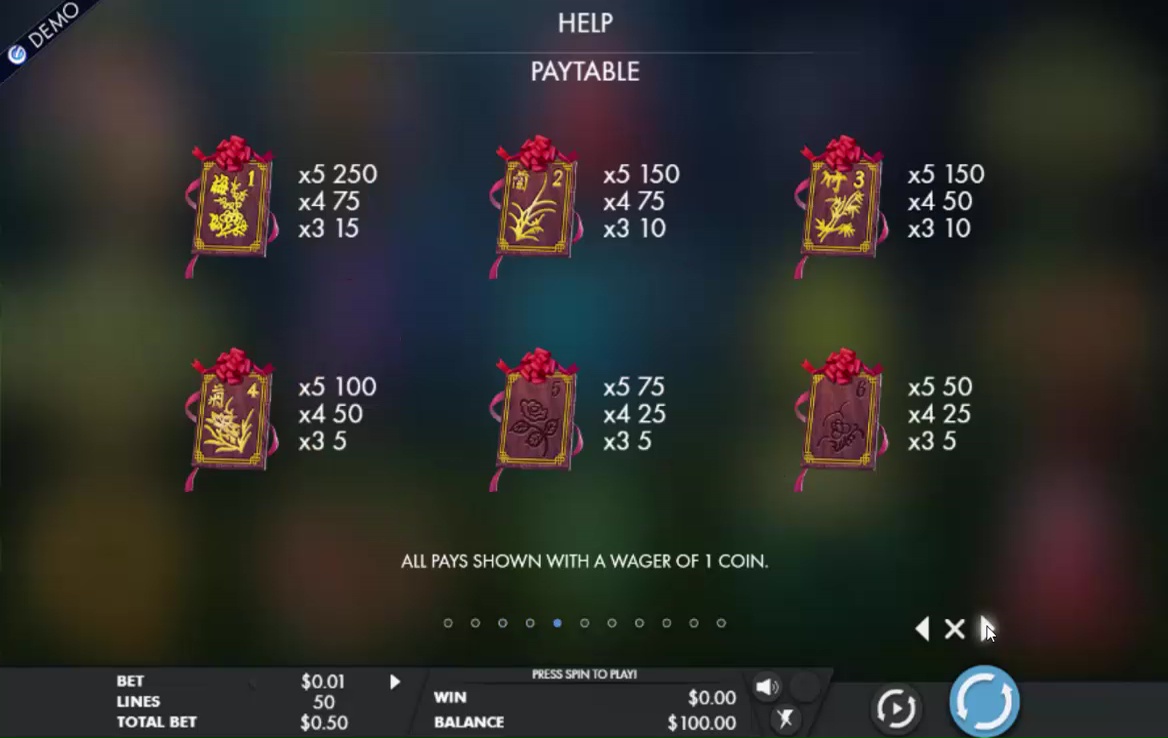