The Angler is a slot machine with a fishing theme and a design that is of very good quality, the kind of game that you actually expect Betsoft to release. The developer has made a name for itself based on the quality if their 3D slots, and The Angler appears to be an excellent example of what they can do. The theme itself is not that unusual, but it’s always nice when you get something in better quality than what already exists out there. With 5 reels hosting 15 symbols, The Angler organizes them on 20 lines at most and gets you paid as much as $1,750. It has various ways through which it can get the attention of the player, and I would mention here the wild symbol, the free spins or the scatters that can show up in random spots on the reels. 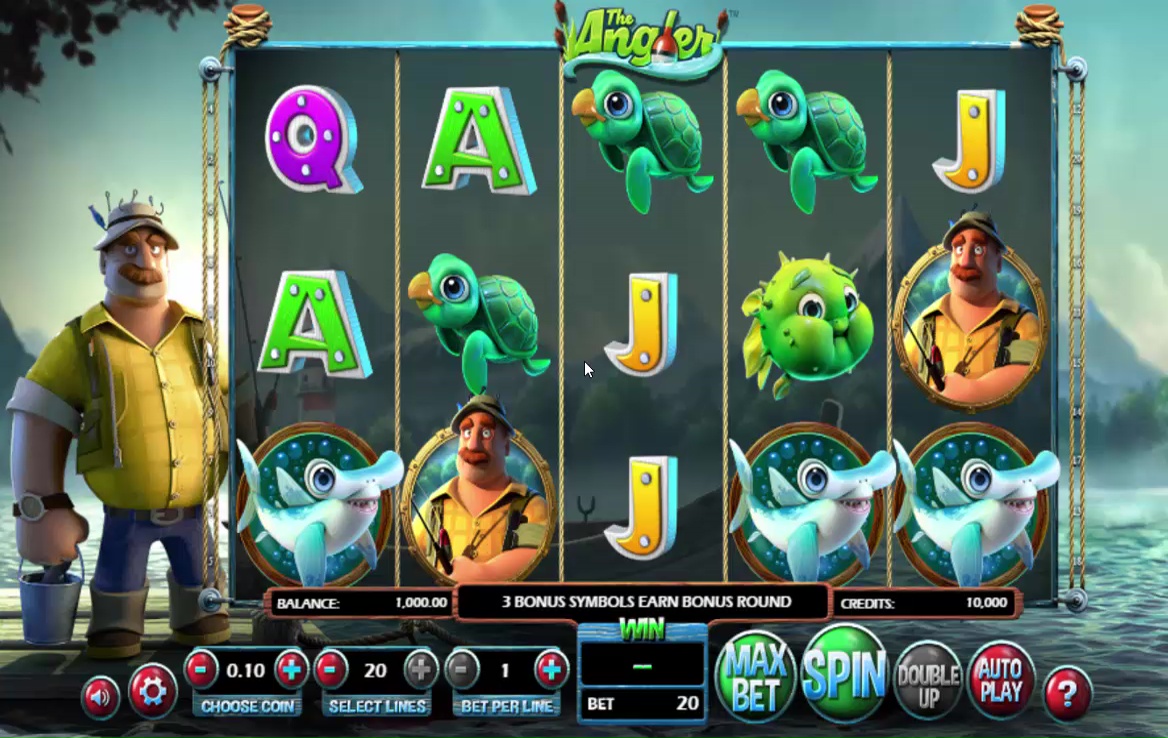 The theme I already mentioned, it’s fishing related, with the game relying on the image of a fisherman for the main character. The star on the reels might be the fisherman, but the supporting crew is made up of various types of fish and even baby sharks. Most of the creatures that are shown on those reels seem to be baby versions of what exists in the ocean actually. There are baby turtles, baby hammerhead sharks, baby puffer fish and so on. The least important symbols are the ones with poker icons, made out of colored wooden boards in this case. You have the fisherman to the left of the reels, a move that is common for Betsoft made slot machines. They are showing off the coast with its tall mountains and forests in the distance, but closer to you there is just the ocean and the dock on which the main character is standing. The reels are made out of thin metal borders, with the inner reel separators being made out of rope. As I found to be true of most slot machines that are offered by Betsoft, The Angler looks great.

The graphics might be important in slot machines that come from this developer, but they’re not alone. There is the feature list to look forward to, generally quite elaborate, something that you will discover in The Angler as well. The wild symbol is first on the list, a feature that is not as good as in other slots since you get it on four of the five reels, but which still has something extra abilities at times to offer you. It can become a clingy wild during free spins, but most of the time you will just get the regular version, which you use as a replacement for whatever regular symbol that might need its help. The bonus game is called Time to Fish. Triggering it is possible if you get three bonus symbols on the first three columns of the slot. Its image is the one with the fish bucket, marked with a Bonus logo at the bottom. Once you trigger it, the bonus game will ask you to reel the fish in if you can, or just pull it out of the water. The number of fish that are caught will determine how much you will win. Pearl scatters are among the feature symbols also, and they are also reserved for three of the five reels. In their case, it’s the last three columns that can get them. If you happen to get all three in the same round, you will be triggering a free spins mode which has Clingy Wilds. Clingy Wilds will be stuck in the position in which they land, until the free spins are over. There is the possibility of prolonging the feature, by triggering additional free spins. 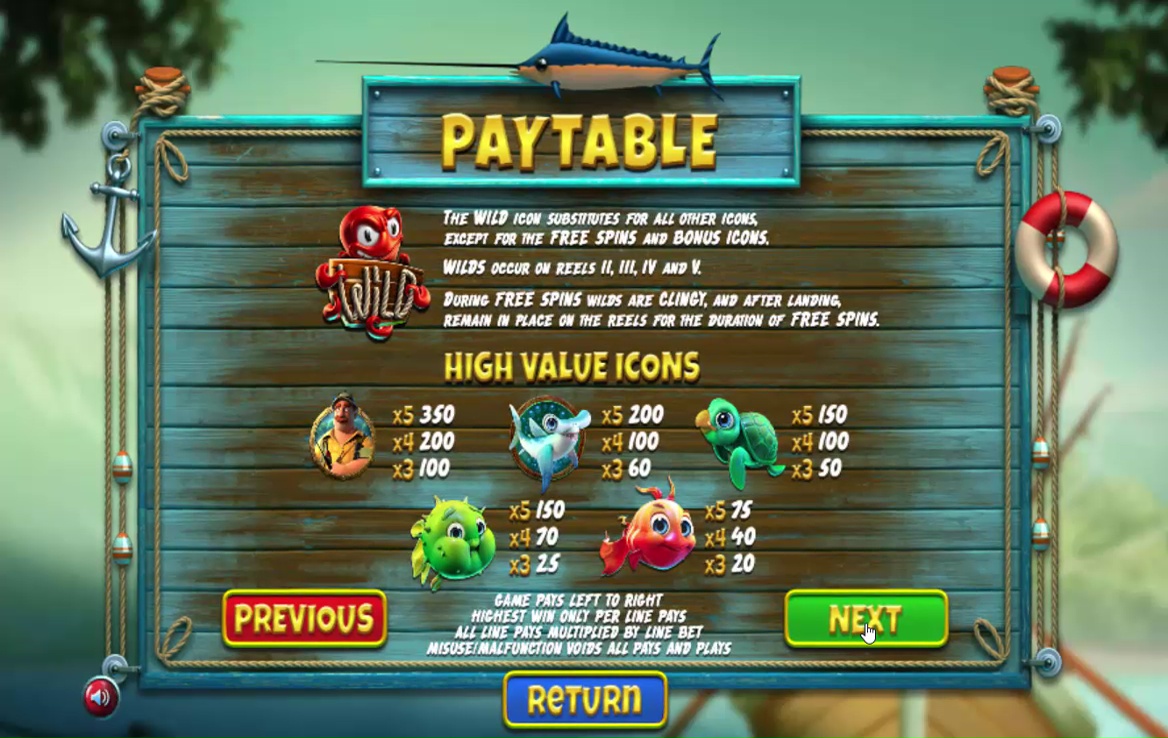 The Angler doesn’t have the biggest payouts around to give you, and it seems that at most a combination formed inside will pay 350x the line wager, so up to $1,750. There aren’t any multipliers mentioned inside that will improve that payout. From what I found out about it, The Angler has its theoretical RTP set to about 96%, which makes it a good pick for any player. That’s about the best that you can expect from most new slot machines.

The Angler will deliver the impressive graphics that are common in Betsoft slot machines, along with a pretty good list of features that end up improving your chances of walking away with more money than you started with. 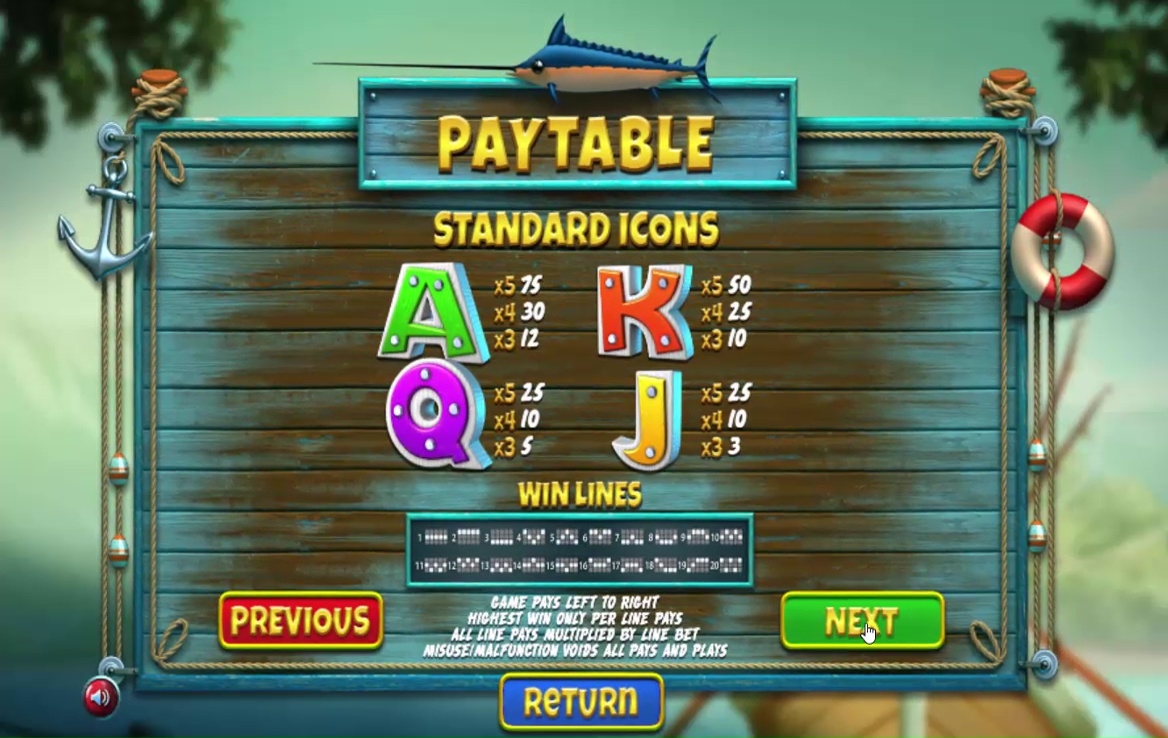