Alkemor’s Tower is a game that’s giving us a wizard theme, the action taking place here inside a wizard’s tower. You’re going to get a main character called Alkemor, a wizard with a white long beard and with a pointy hat, the very image of a guy that knows magic and is wise. The game has a total of 243 ways to win available, on 5 reels with 3 symbols each, and it promises to pay as much as $1,750 through its wins. The game has as its features a number of elemental spells, which are used in combination with spell books, to deliver a total of four types of features. You can add free spins to the feature list. 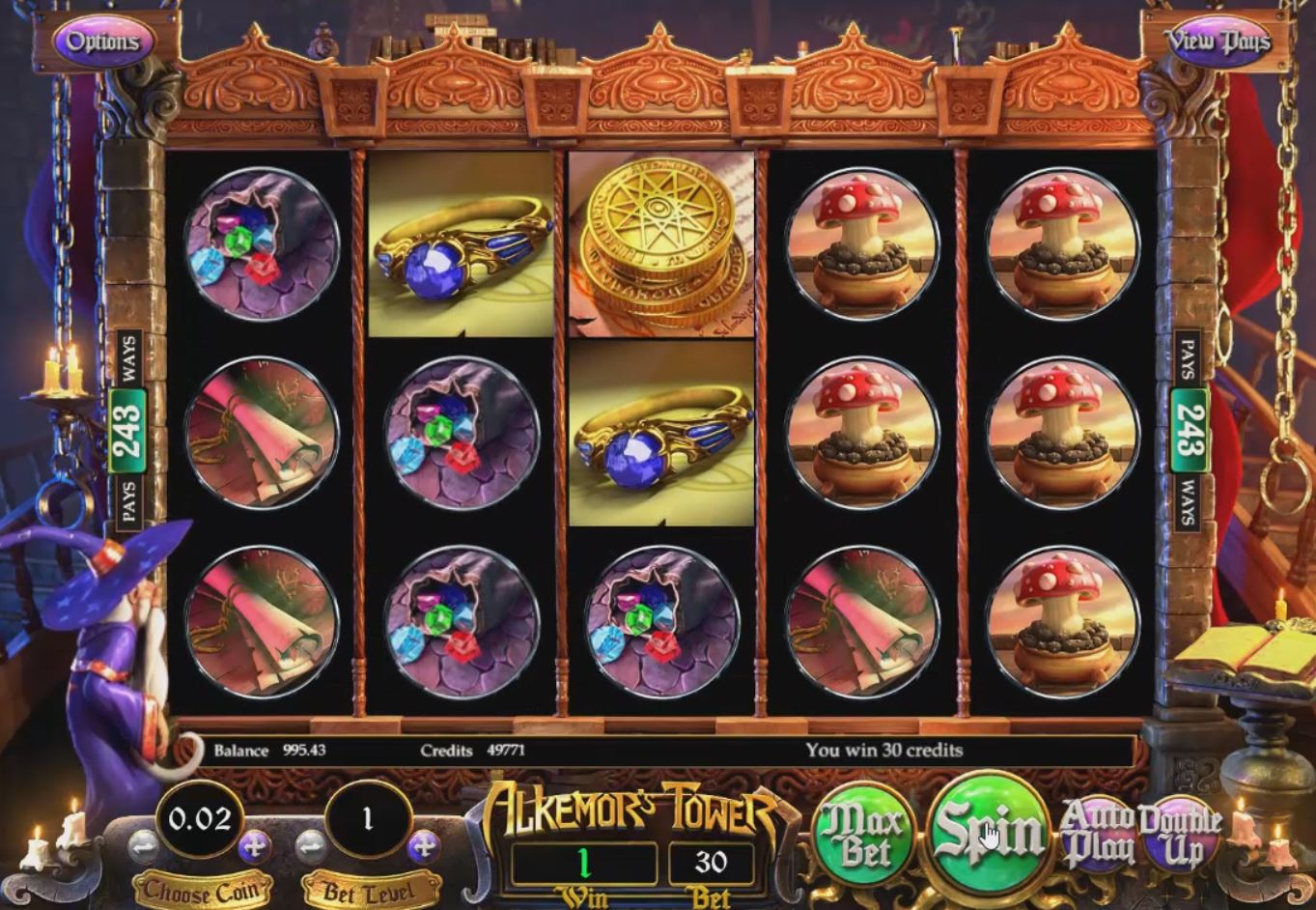 Betsoft went with a total of 30 lines for its bet options, which they considered sufficient to cover the available ways to win. They also give you the option to have a maximum of 5 coins per active line. The betting range is from 30 to 150 coins per spin, with the actual value of those being between $0.30 and $150. The denomination of the coin can reach a top value of $1.

We’re looking at a wizard’s tower, and we’re getting a very typical look for it. You see the two stairs on the sides of the reels, while the reels are placed between them. They have Alkamor himself on one side, while a spell book is placed on a pedestal on the other. It’s a beautifully decorated game, with a lot of details, the sort of thing that Betsoft tends to create for their Slots3 series. The game clearly doesn’t disappoint graphics wise, which is exactly what I expected to see here. They did just as well with the choice of symbols, since we’re not seeing a single one that doesn’t belong in this game. The feature symbols get the spell book and four types of potions, and then we have images with Alkamor, with gold coins, jewelry, scrolls, crystals and other images that just look like they belong in this setting.

For the features offered in Alkemor’s Tower, you’re looking at free spins and at various bonus features based on the four elements and on spells. There are four elemental potion symbols in the game, which you need to use together with the spell book icon. You need the Spell Book to appear on reels 1 and 2, while the Elemental symbol is going to be needed on reel 3. If you also get a Spell Book on the reels 4, or 4 and 5, then the spell’s power will be increased. The Water Elemental Spell is going to bring you a big wave of water to the reels, splashing across them and turning spell book and elemental symbols from the last four reels into wilds. The 1st reel spell book will be turned into a random regular symbol. The wins will be calculated once again, hopefully bringing new wins to you. With the Earth Elemental Spell, the feature will begin with a quake, and then once again we will see elemental and spell book symbols from reels 2-5 turned into wilds. The difference is that the regular symbols will be destroyed, and new ones will come in. Air Elemental Spells will trigger for you a tornado, where the symbols with spell books and elemental potions are turned into wilds, while regular symbols are moved around by the wind, changing positions on the reels. As for Fire Elemental Spells, these are going to trigger the huge fireball which will hit the reels. In addition to the wild symbols that you get from the elemental and spell book icons, there will also be additional ones placed on the reels, as many as there were spell books initially. The game doesn’t stop at those Elemental Spells though, and it also offers scatter symbols and free spins. The Spell Books can deliver this, whenever they appear three times on the reels. There are two variants of free spins here, with the Nature Floor and Celestial Floor being offered. For the Nature Floor, you combine two regular Spell Book symbols with one that is tied with vines. You get 10 to 15 bonus spins for free. There will be a Vine feature for reel 3, which devours its neighbors and rewards you. There are also special symbols with meat eater plants and various flowers. The Celestial Floor is triggered by two Spell Books and one Bound Spell Book. You also get 10 to 15 spins here, as well as special symbols which have a Sun, a Galaxy, a Planet and so on. The Black Hole is the extra feature, appearing on reels 2 and 4. These symbols devour their neighbors and give you rewards in exchange. 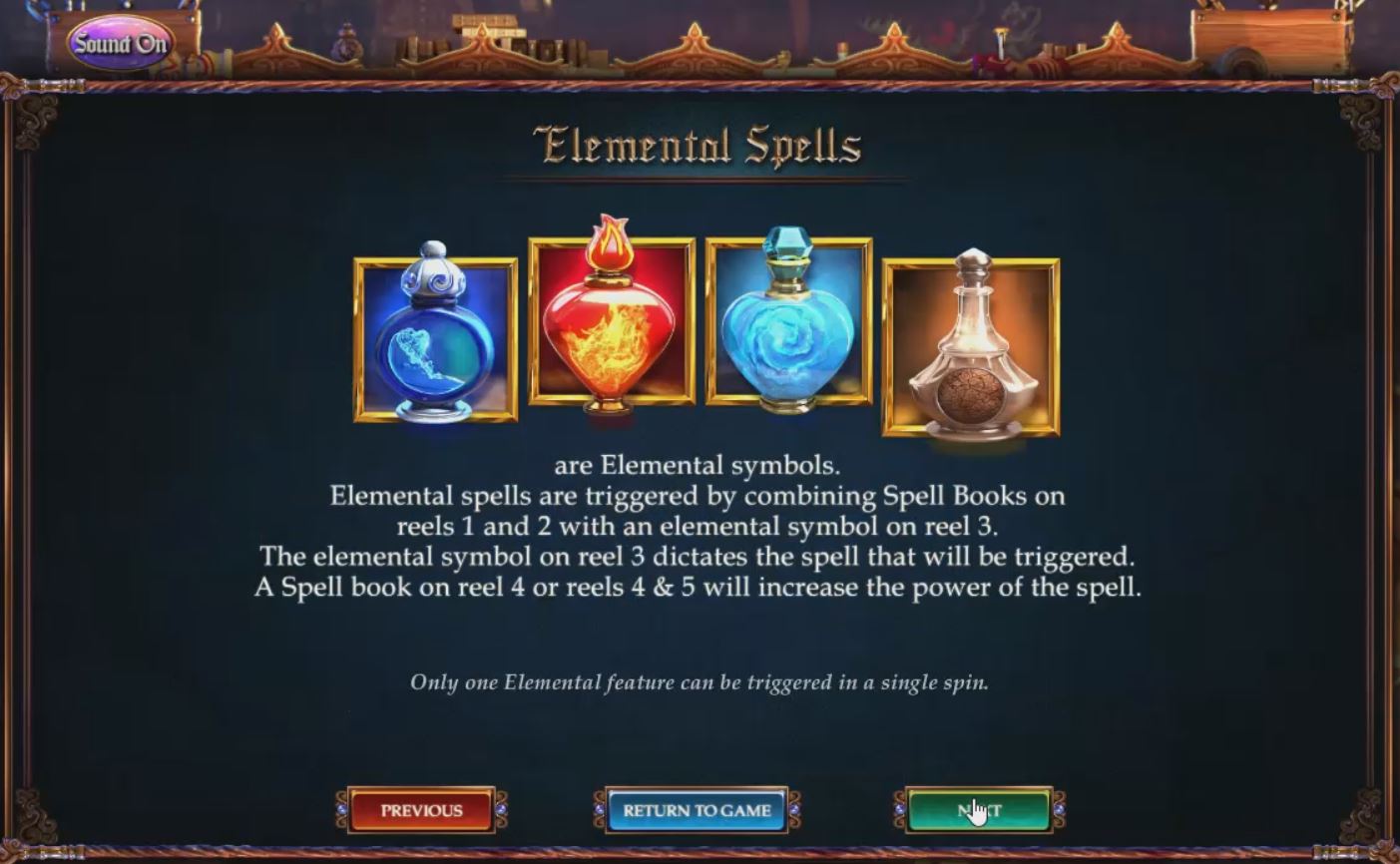 The top payout is not huge, at 350x, or $1,750, but you have to keep in mind that this game offers ways to win, and rewards tend to be smaller in these games. The thing is, the average RTP is not very high either, being at just 94.96%. It’s not a terrible number to play with, but there are plenty of better games out there, some even from Betsoft.

Alkemor’s Tower has the right graphics, some very unusual and interesting features, and about average payouts in the long run. It’s a good game to try out if you love the theme and Betsoft slots in general. 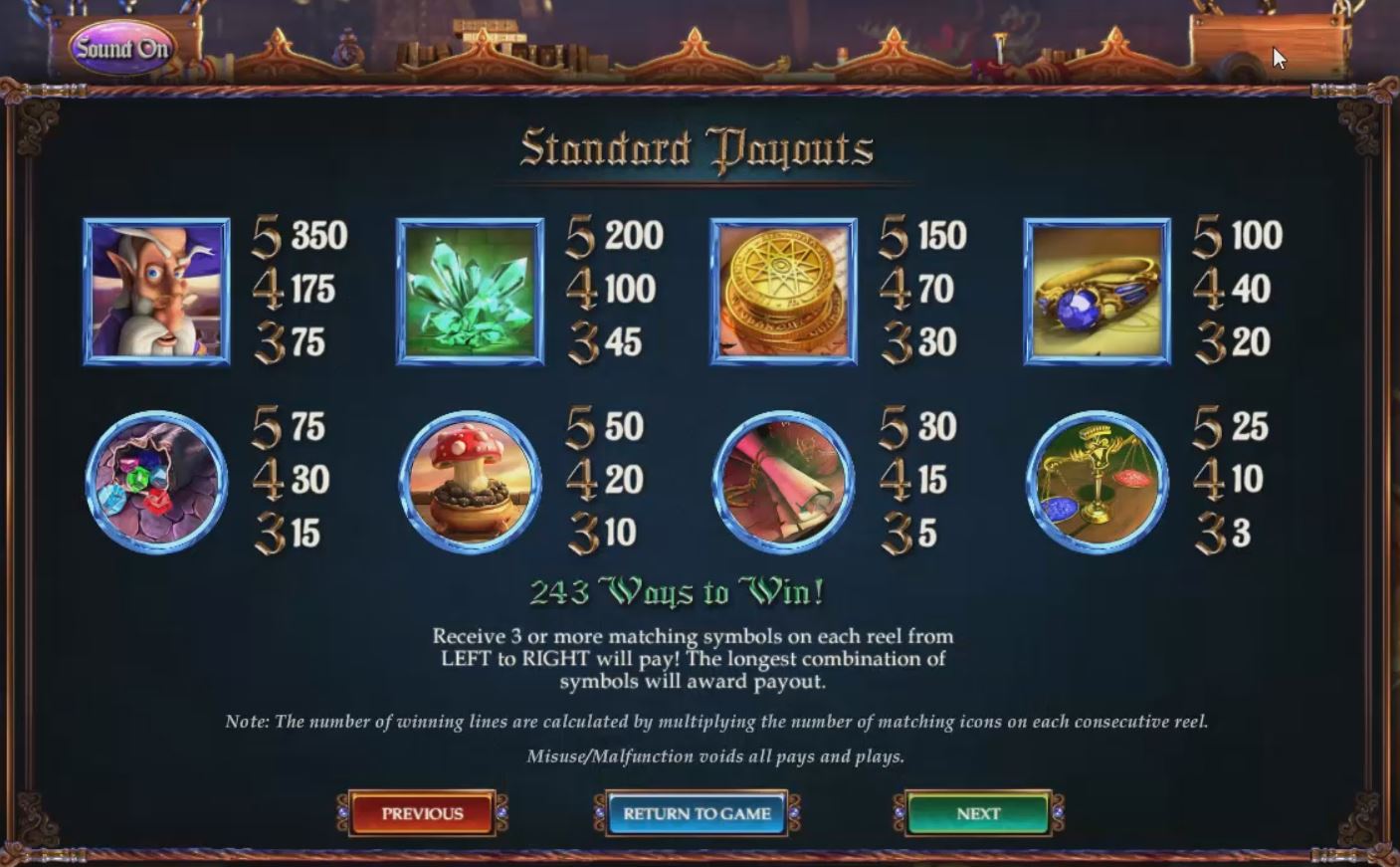