Lost Vegas is a zombie themed game, whose action takes place in Las Vegas. The game’s characters are either zombies or survivors, depending on the game mode that you chose to play in, the design coming in two different versions to accommodate the two sides. A Microgaming slot machine, Lost Vegas manages to deliver a lot to the players that try it out. It has its two game modes, with different symbols and surrounding graphics for each one, and it will spin 5 reels that have 243 potential ways to win on them. As the features, the game offers you scatters, free spins of two types (with Stash or Infection feature), a random Blackout Bonus, a random Zombie Fist of Cash feature, plus wilds. In case that all those features weren’t enough, it also has prizes of up to $2,250. 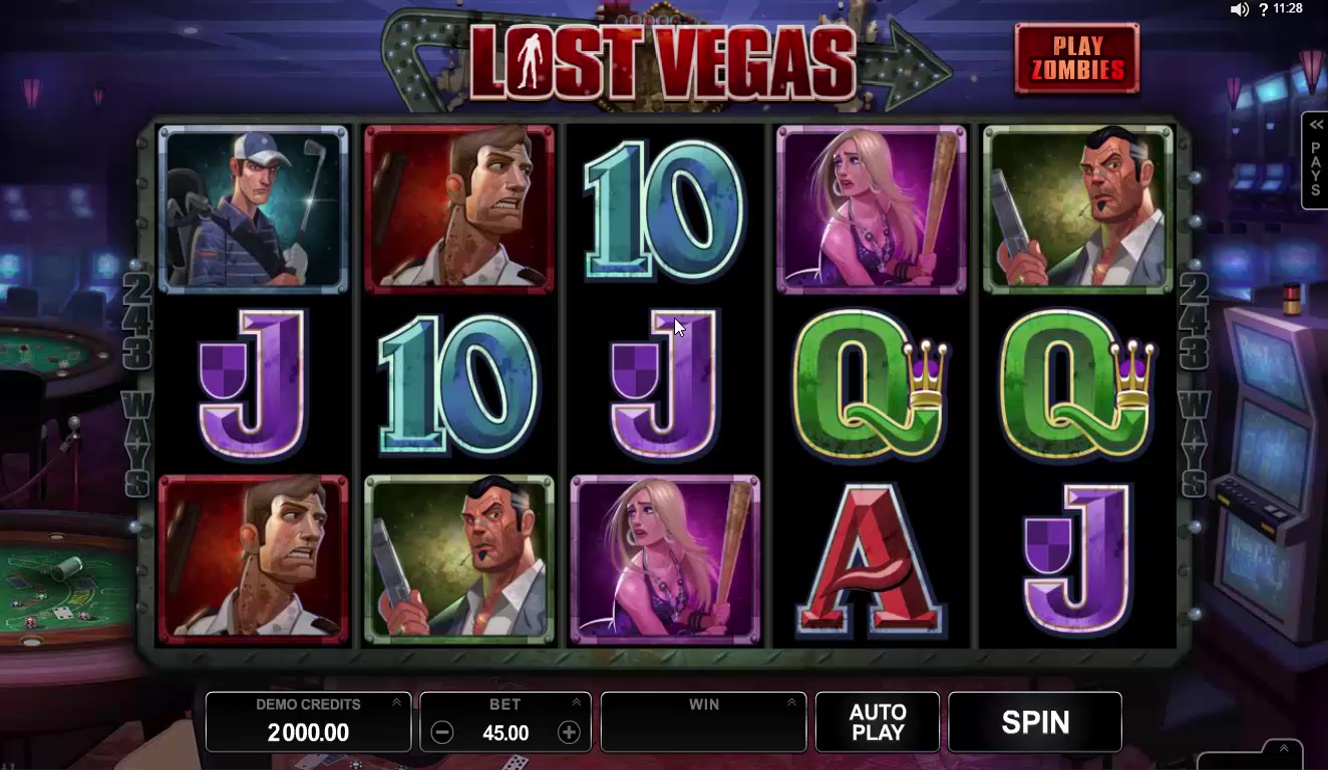 For a wager that needs to cover all possible ways to win in a slot like this, there will usually be a fixed number of lines used, and this slot is no different. You get 30 active lines all the time, making it easier for you to form a bet. You have bets of up to $1.50 per line, with a maximum of 15 coins of $0.10 in each case. The complete betting range for a slot like Lost Vegas is between $0.30 and $45.

As I mentioned before, the theme’s idea in this case revolves around a zombie outbreak, which takes place in Las Vegas and infects both people that work there and those that come to visit. The game’s two game modes give you a chance to play on the side of the Survivors or the Zombies, and in each case there will be a different set of high paying symbols. The low paying symbols are identical though, with poker cards used in their case. The high paying ones give you zombie or human characters. I think that the graphics of Lost Vegas give you a very good reason to enjoy the game. It’s a great looking title, which is something that Microgaming might not always get right, but they clearly did in this case. You can do a seamless change between one game mode and the other, since each high paying symbol has a representative on the other side. There is also a different background image shown, one with the streets of Vegas for the zombie mode, and the other with the interior of a casino for the survivor’s mode.

A common symbol is going to be used as a trigger for free spins in this slot, and to get you paid at the same time, as much as 50 times the amount you used in your bet. The symbol with that ability has the Scatter logo, along with a Biohazard warning sign, colored in red and yellow. As all scatters do, these symbols only need to appear a couple of times in random spots and that’s enough to get you a reward. One of the more tangible ways in which you see the difference between the two modes is in the way the free spins are played. The Survivors mode gives you free spins which benefit from a Stash feature. It will put away poker card icons which form combinations on the reels, so you get fewer and fewer symbols to use. The free spins will continue until you have no more poker card icons present on the reels. The Zombies get their own version of the free spins as well, where the reels get infected when they have full stacks of zombies appear on them. The infected reels will turn regular wilds into stacked wilds. The spins end when all reels have been infected. The wild symbol has a Lost Vegas logo and it is used to trigger various prizes and to also act as a replacement for others, as long as it lands on the right reel. The Zombie Fist of Cash is a random feature, which you get in the base game, and which will make a non-winning spin profitable, with a huge hand appearing and giving you cash basically. The other random feature is called Blackout Bonus. It turns high paying symbols into rewards and if you get even a single scatter, it will also trigger free spins. 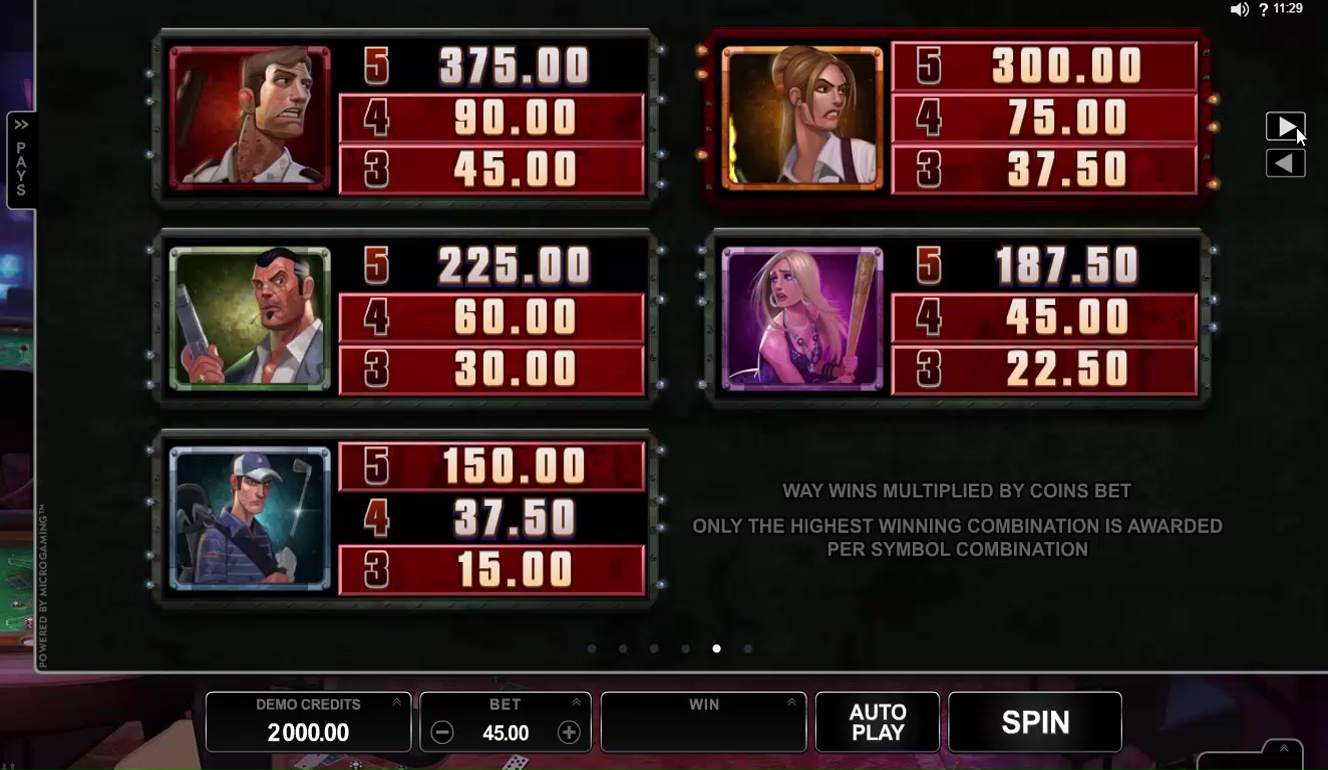 The slot will pay at most $2,250 for five scatter symbols on the reels. There are other features that can also be very profitable though, and which improve the RTP for you in the long run. We don’t know the average RTP of the slot right now, but knowing Microgaming it should be at 95% or higher.

Lost Vegas is an excellent game, one of the more enjoyable titles that I’ve seen Microgaming release lately. It’s got two different modes for you to play in, so it gives you more bang for you buck than most slots. 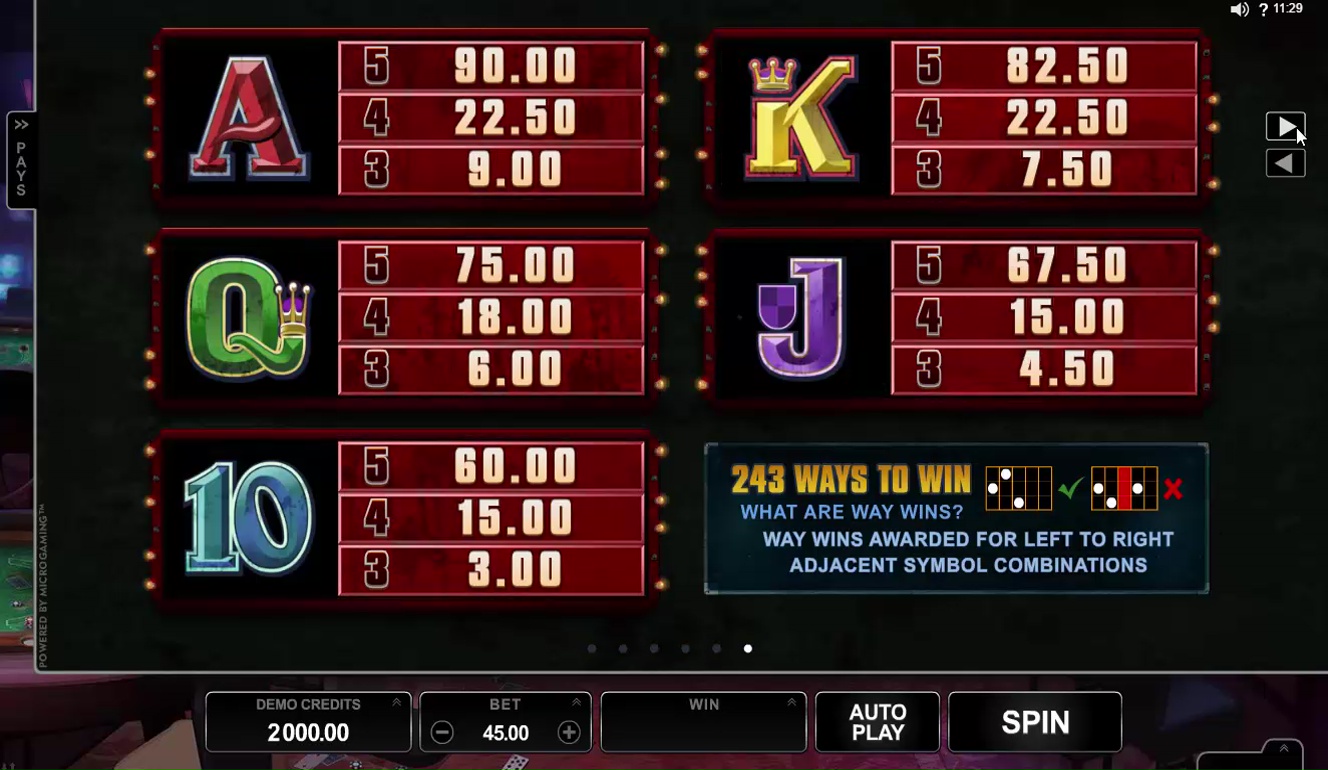