Halloweenies is the game that Microgaming wants you to play each year when Halloween is near. It’s not one of their recent games and the graphics aren’t up to par, so the slot is in need of a design refresh. Otherwise, it’s going to offer you what any Halloween game should have, images of candy and of children dressed up as various scary characters. The game that Microgaming designed here gets 20 active lines at most, 5x3 reels and it is capable of paying you at most $32,500 during the base game and even more than that during free spins. Besides the free spins that I mentioned already, you have scatter symbols, multipliers, a bonus game and wilds. 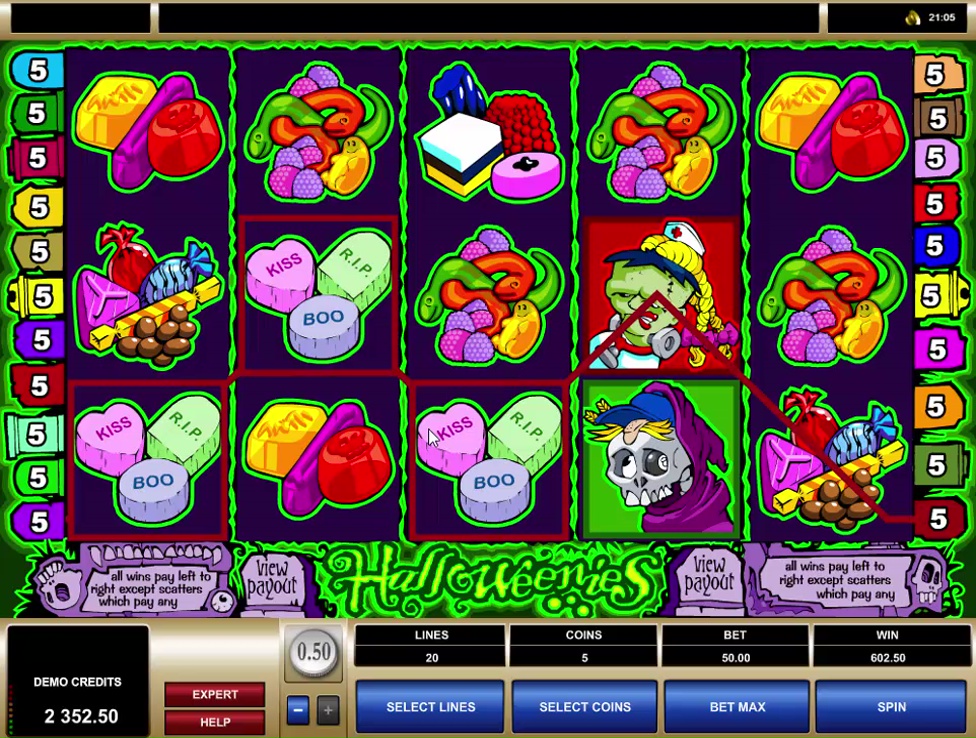 The betting requirements are pretty regular ones. You may change the number of lines in this case, and you can have up to 20 active.  You can choose to have between 1 and 5 coins used per line, and denominations which are between $0.01 and $0.50. At most, you can wager $2.50 per line, or $50 total per spin.

You’ll find the theme to be the one expected of such a slot machine. Inspired by Halloween, it will offer symbols which are split between the ones showing you kids that are dressed up as monsters, and the ones which show you candy (among them one which has candy with words like Kiss, RIP or Boo on it). The costumes worn by the kids are of skeletons, Frankenstein’s monster, a wolf masquerading as a sheep and witches. The feature symbols in Halloweenies have the images of bunnies, pumpkins and alien like monsters. One thing to appreciate about this game is that it’s 100% about the theme, and all its symbols represent things that you can run across during Halloween (minus the alien monsters perhaps). That’s about it for the pluses though, the design style being a minus for this game as far as I’m concerned. It’s not that it’s badly done; it’s just a drawing style that I found rather crude and not very appealing.

Perhaps the most important symbol of all that are offered in this game, the Alien Monster symbol is a major one for two reasons. One of them is that it’s the symbol that pays the most, five of these on a line forming a combination that rewards you with 13,000x the line wager, so up to 65,000 coins ($32,500). It’s the top jackpot of the game, and you will get it through this symbol, which also acts as a wild in other situations. As the wild feature, you need it to land in a position where it is surrounded by matching regular symbols, and it can form a combination with them by replacing the symbol that was missing. It doesn’t replace the bonus or scatter symbols. One of the two scatter icons which you can get in the game is the Carved Pumpkin, a common sight during any Halloween holiday. You need these to just be on the reels a minimum of three times, and you will get a bonus feature. The number of triggering Pumpkins will decide the range of values from which your prizes will be picked. If you have all five Pumpkins as a trigger, the rewards vary between 5x and 5,300x. The final feature is the one that you get via the Pink Bunny symbol. Having these appear in any spot on the reels, but at least three times, will guarantee you a cash prize as well as access to a feature with 13 free spins. During these spins, you’re going to get tripled wins for all your winning combinations, the exception being the prize that you get from the bonus game if you trigger it. There is even the possibility of triggering the free spins again, with another 3+ Bunny scatters. 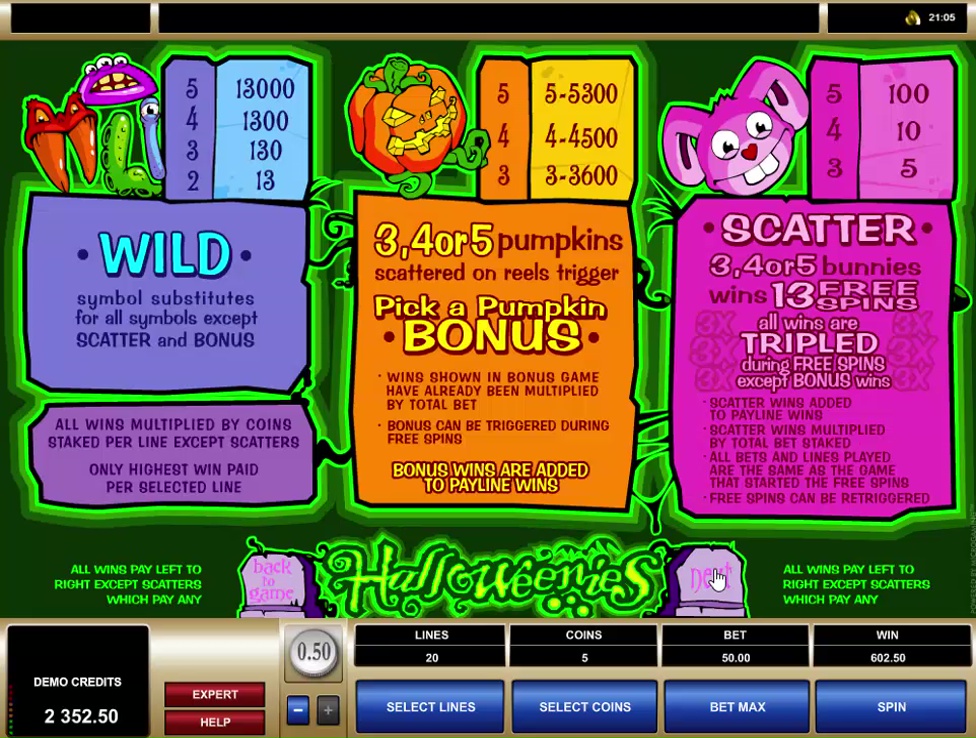 The game’s top rewards are on the high side, so if you trust your luck they should be a very good target to have. The wild symbol can form a combination which pays up to $32,500 during regular spins, and up to $97,500 during free ones. Despite the big top payouts that are available, you get an average RTP which for the online casino industry would be good, but not great, at 95.52%.

The slot will give you a chance to win a big prize, but the graphics are not very good, so it doesn’t hold its appeal if you compare it with the newer and better looking competitors. 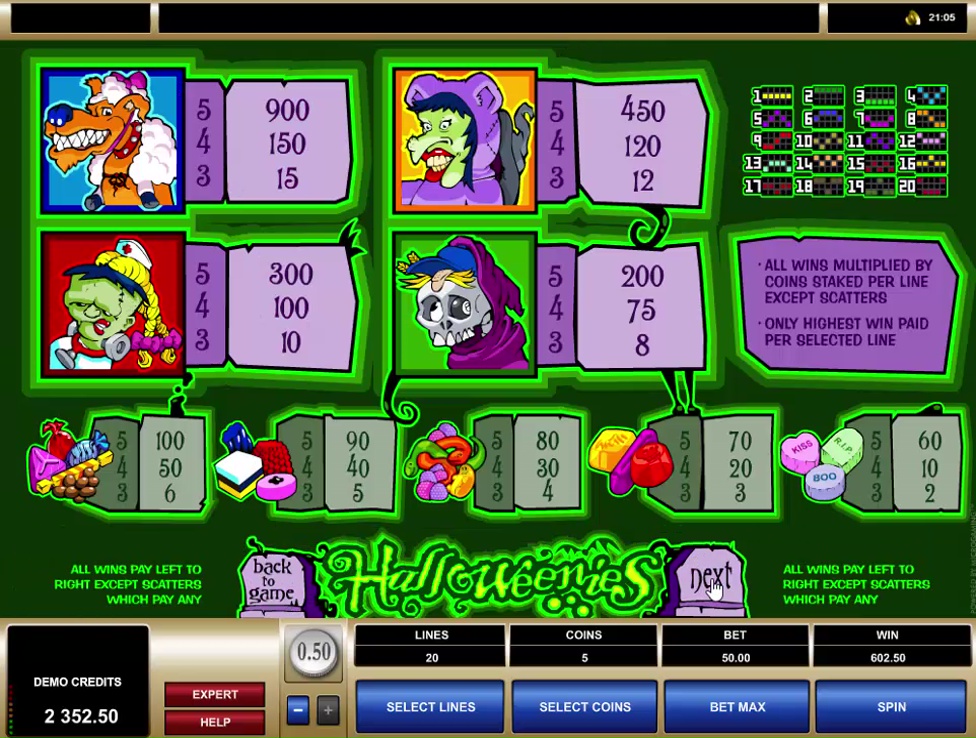